I would like to personally congratulate each and every one of you who managed to survive this past Halloweekend.

Whether you stayed in and watched “The Nightmare Before Christmas,” or you went out with your crew dressed in elaborate costumes, I hope it was full of candy that you will continue to eat for the remainder of the semester.

If you’re like me, you also may have been planning your Halloween costume but left yourself almost zero time to actually create it in time.

While I was hot-gluing my Eliza Thornberry costume and trying to make sure the cupcakes I was baking didn’t burn in the oven (all while I was already ten minutes late), I wondered how different the scene would be if I was a celebrity.

Halloween is a completely different celebration to those in a limelight, it’s a time for them to prove once again how much more money they have than the rest of us mere humans.

The most interesting part of celebrity Halloween is the costumes they choose. There are some celebs who spend thousands of dollars and dedicate hours to creating the perfect look, while there are some who grab the closest thing to a costume they can find in their closet.

Every year, Heidi Klum has the most anticipated costume, and this year was no different. Klum spent a whopping five hours giving her 2.1 million Instagram followers sneak peeks of her costume until she unveiled her final transition into Jessica Rabbit.

Not only was she covered in prosthetics to give her the Jessica Rabbit figure, but she also had a custom Christian Sirano dress made to complete the look. It was obvious that the model spared no expense and it totally paid off.

There is another end to the Halloween spectrum that I closely identify with, which is the side of celebs who definitely know what it is like to be in college.

Kardashian achieved this costume by re-wearing that 2013 Met Gala gown that greatly resembles my grandma’s couch, which first debuted when she was pregnant with North.

She literally was herself for Halloween and I couldn’t love it more.

Honorable mentions go to Katy Perry, who wore a cheap microphone costume and kept falling over to demonstrate the most perfect “mic drop” of the night.

Nick Jonas also makes the list as he showed up on the red carpet as The Hamburgular. The most expensive part of his costume was probably the hamburger phone case, which makes me love him even more.

I am personally glad that none of my favorite celebrities decided to dress up as minions because there is a 97 percent chance that I would have unfollowed them on the spot.

October may be over, but that won’t stop me from brainstorming to make my Halloween 2016 costume the best one yet! 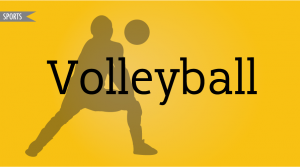