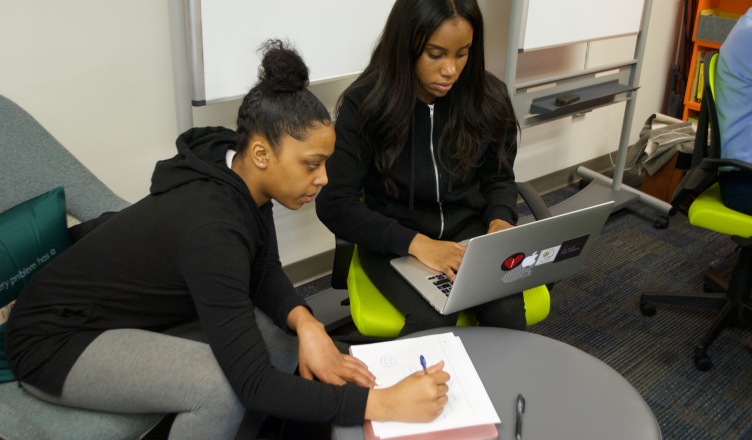 Entrepreneur Luke Cooper said companies should use minimum viable products (MVPs) to test out their product’s capabilities and gather consumer feedback to make their business better during an “Entrepreneurship Unplugged” talk on March 6.

Cooper is the founder and CEO of FiXT, a repair-and-replace company for laptops, phones and other electronic devices.

Cooper highlighted the importance of creating a product that fulfills a need for consumers.

“You create something that wasn’t there before and it will live on probably long after you’re gone,” he said.

Cooper used Uber as an example as product that utilized an MVP effectively. He said Uber’s success over other transportation service apps is based on Uber’s testing of their product at the MVP stage.

Cooper founded FiXT in 2013 and said the easiest thing about the business has been building, repairing and replacing devices. He said the hardest thing was to think about “potential customers, how and why they buy things, and whether or not they want your solution or whether it solves their problem.”

Cooper acknowledged that FiXT’s competitors, such as iCracked and convenient repair shops in malls, solve the same problems that FiXT is solving. However, Cooper said FiXT’s investors “believe that the fastest way to solve a problem and get there and succeed is to outlearn [competitors],” and that FiXT has done that through their MVP.

Cooper said his interest in science and technology began when he was a kid. He said one of the first products he built was a solar-powered microwave when he was 12 years old. He won his science fair and business plan competition, and went on to use the microwave to cook and sell hotdogs.

“This was the first opportunity for me where I saw that I could create something with my mind that mattered and could make money…. It also led me into becoming a lawyer and work at a big law firm where I got to meet some businesspeople,” Cooper said.

Cooper encouraged other entrepreneurs to explore their business ideas.

“Anybody can build important products that can take into creativity and enhance an experience for humanity,” he said.

“I think it’s interesting because the advice and the story from the speaker is truly inspiring, especially the fact that he went from a lawyer to a business owner,” Calhoun said.

The Student Launch Pad invited Cooper to speak as part of their “Entrepreneurship Unplugged” series.

Sophomore and Student Launch Pad associate Matthew Lowinger said the purpose for the series is to inspire others by learning from entrepreneurial leaders who have had success bringing their ideas into fruition.

“We want to recreate the entrepreneurial ecosystem,” Lowinger said. “People can learn from leaders and innovators to develop ideas and put them into action. The speakers are professionals in their field and can provide mentorship on how to engage their company into marketing.”