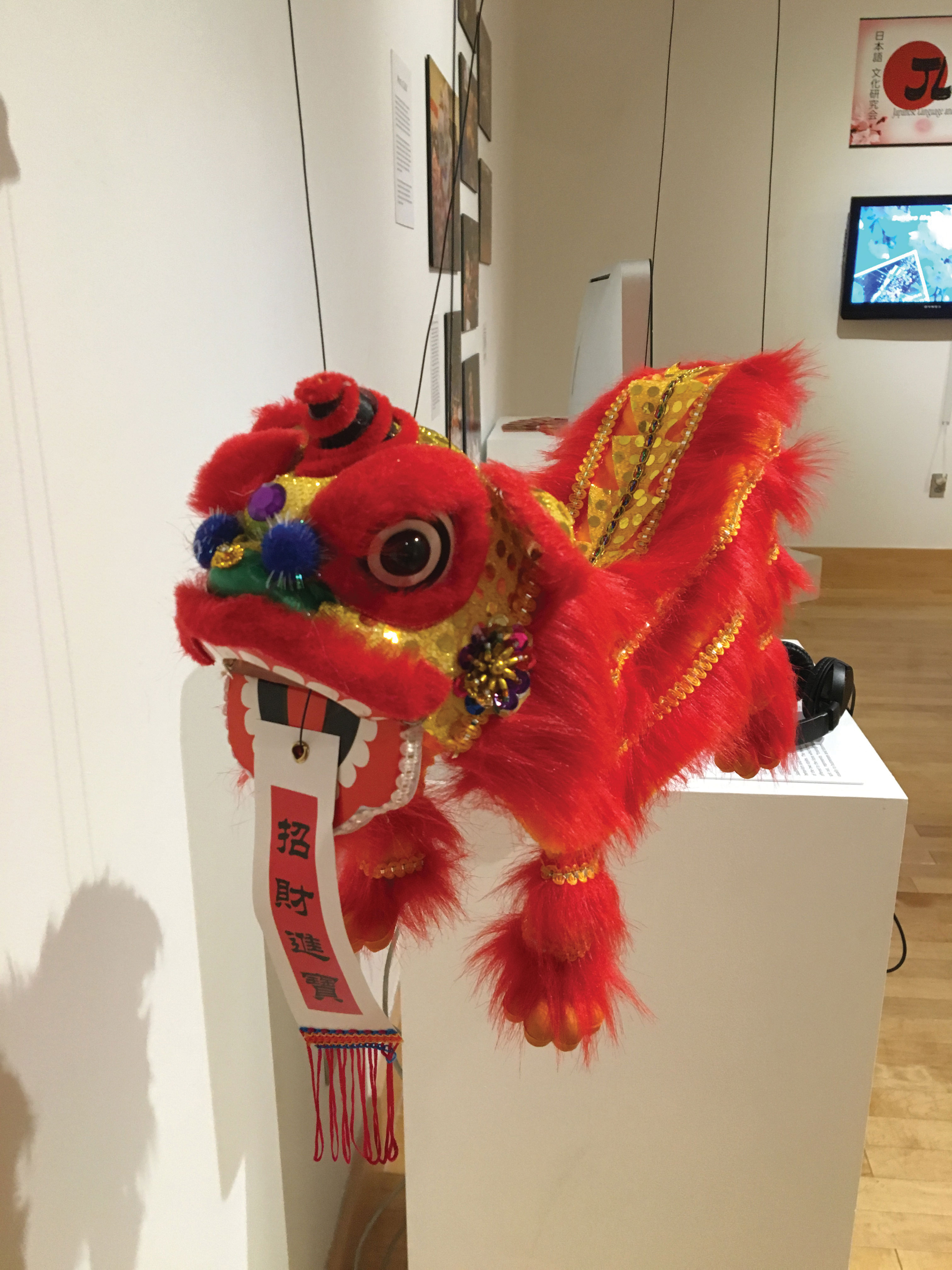 The student-produced exhibit, “Asia@Towson: Friendship, Family and Fun in Towson’s Asian Culture Student Groups” was curated by student groups including the Chinese American Student Union, the Filipino Cultural Association of Towson, the Japanese Language and Cultural Organization, the South Asian Student Association, the Muslim Student Association and more. The theme of the installations for the gallery is to explore culture throughout Asia and to bring an authentic feel of what a specific culture means to each group.

“The idea behind this was to engage the Asian student culture clubs,” program manager Nerissa Paglinauan said. “It’s something the center hasn’t done in the past, we let them know the center is a resource for them and the public. Often students don’t know that we are here.”

The gallery is an ever-evolving process exhibit that features new installations made by students that are consistently added to it over the spring semester.

Until May 14, Towson’s Asian Arts Gallery, located in the Center for the Arts on the second floor, is hosting the exhibit admission-free for all guests.

“It’s an exhibit for one time to create a connection,” director of Asian Arts & Culture Center Joanna Pecore said. “They are telling a story left open to share what’s most important to them and why they have their club.”

This is the first student-curated exhibit from the Asian Arts & Culture Center. The motivation behind the exhibit is to connect with Towson students and showcase what they want to tell their peers.

“The word ‘tolerance’ is used in this day and age and it is negative. Acceptance exists in the world,” programming director for the Muslim Student Association Kanwal Rehman said. “Even though my parents moved here a long time ago, we keep the culture alive in the world. I grew up with two different countries and I had to accept that. I was the only Muslim girl at my school. I was different and some people don’t like different. This exhibit exposes them in a positive way.”

The gallery hours are Monday through Saturday 11 a.m.- 4 p.m. in the Center for the Arts building and it is open until the end of the spring semester. For more information about events from the Asian Arts Gallery, follow them on Facebook at Asia@Towson.