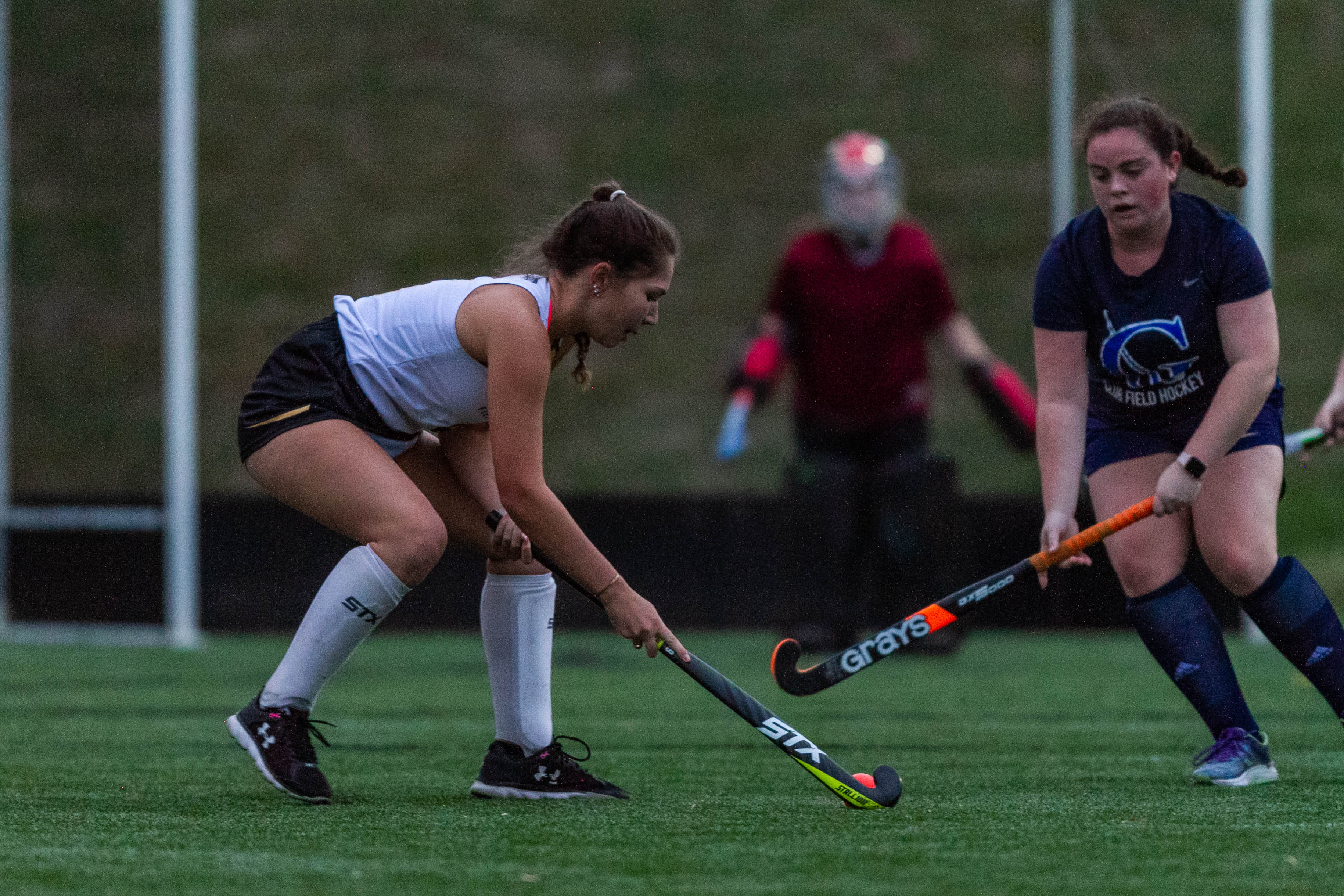 Photo by Isaac Donsky/ The Towerlight

Towson’s club field hockey team made it look easy Saturday night at Burdick Field, shutting out the Georgetown Hoyas 3-0 in a defensive showcase.

In their final home game of the season, the Tigers allowed Georgetown to enter their territory a grand total of six times the entire evening. During those six trips, the Hoyas only managed to get off a single shot.

“We had a really solid defensive line tonight,” said senior Paige Zaleppa. “We really stepped up when the ball came through and our midfield would come back and help too.”

Zaleppa was responsible for Towson’s first goal, midway through the first half of play. The Tigers refused to let up from there, getting off several more shots before halfway, including a penalty stroke that Georgetown blocked.

Despite leading at the half, the Tigers were frustrated as they had had numerous chances to score, yet only had a single goal to show for it. Senior Jillian Rowlands, the club’s president and team captain, attributed this to the growing darkness on the field.

“It’s definitely hard to see the ball when it’s dark out,” she said.

Sophomore Caroline Keniston said that the combination of that darkness and the speed of field hockey can create tough situations for offensive players.

“It’s a fast paced game,” she said. “It takes a lot of finesse and skill to pass so when you can’t see, it’s a problem.”

Following a brief delay at the half to turn on the Burdick Field lights, the Tigers quickly picked up where they had left off. Keniston scored just a few minutes into the second half as the Tigers refused to let up.

From there, the Tigers coasted to the win. Rowlands scored the clinching goal with just minutes left in the second half, giving Towson an insurmountable 3-0 lead. For Rowland, scoring the final goal of the game was extra special, as she had missed several shots throughout the night, including the lone penalty stroke.

“I usually play defense and this is my last game,” Rowlands said. “I just really wanted to score so that’s why I played forward tonight. I really tried up there.” 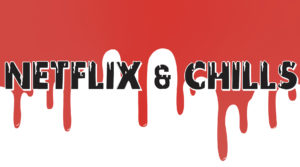 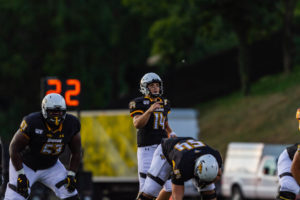