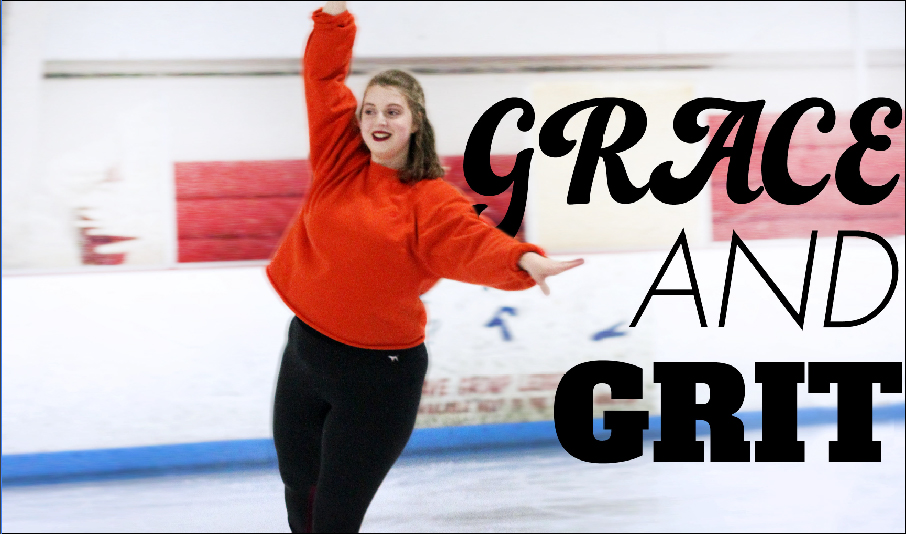 Bridget Carrig was skating in a show at Iceworld in Abingdon in December of 2010 when she ran into a familiar face during the dress rehearsal.

Carrig, president of the figure skating club at Towson at the time, recognized Brienne Fiske, her longtime coach who had been giving her private skating lessons since Carrig was nine years old.

At the time, Carrig was flooded with her duties as president, along with managing her scholastic career. She had taken over as president in her freshman year and inherited a difficult situation. The club barely had any money left, had very few skaters and no sense of direction. Overwhelmed with trying to rebuild the club while participating in competition and taking classes, Carrig asked Fiske to join the club as the head coach.

“I said ‘woah,’” Fiske said. “She explained to me how it had been too much. And I knew when she came back to competition she had been frustrated because she did not compete as well as she wanted to, and it was because she was trying to do too much.”

With her three children grown up and in college, Fiske said she felt she had the freedom to accept the offer. She also wanted to take some weight off of Carrig.

“You can’t coach, drive, organize, compete, sleep [and] eat,” Fiske said. “She was trying to wear too many hats.”

Erin Brockmeyer, current co-president of the club, chose to attend Towson specifically to join the figure skating club. Similarly to Carrig, Brockmeyer was named president her freshman year in 2017. She acknowledges that it can be difficult to have so many duties, but she said it can be fulfilling when things are running smoothly.

Brockmeyer shares her presidency with fellow sophomore Lindsey Armah. The two joined the club in the same year. Their tasks as co-presidents include managing fundraising, setting up community service events, scheduling practices and setting up competition events.

“It’s stressful, but it’s really fun,” Brockmeyer said. “It’s really rewarding to see the rec team learning how to do new things and how excited they become when they accomplish their own goals.”

Though contributing a large amount of time and effort into the team can be exhausting, Carrig, Fiske and Brockmeyer each shared one sentiment; the club creates connections that go beyond skating.

“It’s a lot of camaraderie,” Fiske said. “If somebody has a bad skate, everybody rallies around them and makes them feel better. If they have a great skate, they’re thrilled for them.”

Brockmeyer said that opposing teams share locker rooms during competitions, do homework and eat together in the stands, and even root for each other when they are competing.

“It’s great because everybody understands the struggles of skating so they’re always encouraging one another,” Brockmeyer said. “Even though we’re technically competing against other schools, we help each other out with whatever we need.”

Eight years after beginning their Towson partnership, Carrig and Fiske are coaching together. Fiske coached the team solo until Carrig graduated in 2014 and joined as an assistant coach.

“[The transition] was pretty easy,” Carrig said. “I was one of the only people [on the team] that had graduated so I knew most of the team still and that helped.”

Fiske has over 40 years of skating experience as a coach and competitor, while Carrig provides a relatable personality for the skaters on the team since she is closer to their age. Carrig said she and Fiske work well together to offer unique perspectives as leaders.

“We need each other,” Carrig said. “It’s kind of a balancing act. Since I’m so young and so new at this, I look to her to learn how to coach others.”

Fiske affectionately refers to Carrig as her “co-coach” due to her quick learning and as an acknowledgement of Carrig’s ability to keep the club afloat while she was still in school.

“Bridget had to do a whole lot of work,” Fiske said. “She had to renew funding again and get a lot of people to do it, but she was bound and determined so we are here now because of her.”

Though the two mesh well, making sure that everything is operating correctly is no easy task. There are several factors to keep track of.

The team is composed of two groups: a recreational team full of skaters who have joined simply for fun or to work on their skills, and a competitive team that partakes in shows against other schools. The roster fluctuates throughout the year because of varying schedules among students.

A primary building block of unity among the team is being able to travel together. This year, the team has competed at New York University, MIT and Pittsburgh.

Carrig said that spending time travelling together helps the team bond and get to know each other better, but that going on the road can sometimes be difficult because there is no team bus.

“The freshmen don’t have cars, so to get to an ice rink is a very difficult thing,” Fiske said. “We do a tremendous amount of carpooling, but not everybody’s schedules coincide. If you could walk to a rink on campus it’d be a big difference.”

Another issue the team members have to deal with throughout the season is the fact that they don’t have their own ice rink to practice in.

Carrig and Fiske work at local ice rinks and talk to several skaters who have interest in Towson because of their unique club and to save money with in-state tuition, but the lack of a nearby ice rink can sometimes deter interest.

“There is a severe need for a decent ice rink in the Baltimore metropolitan area,” Fiske said. “There are ways that it could be done. It would take some effort, but if it was marketed properly [it could be done].”

Kristen West, skating director for the club, helped start up the club with Rick Reyor in 2003 and said she is proud to see the organization thriving over a decade later.

“It’s special to me that it’s continuing over the years,” West said. “I just have a love for skating and to see people continue it through school is just an awesome thing.”

The figure skating club demonstrates a unique club with a unified community, but they are not the only sports club on campus to foster a family-like environment.

Towson’s boxing club also provides a chance for young athletes to improve their skill sets while connecting with a diverse range of people.

Robert Roman founded the club in 2009 with his childhood friend Patrick Genova. The two volunteered at a gym in Loch Raven where they taught boxing and became inspired to bring the sport to Towson.

Roman and Genova didn’t know anything about the process of forming the club until Herbert Hollidge, a volunteer coach for the club, stepped into the picture.

“We met Coach at Towson and he helped take us over the hump because he knew the process,” said Roman, who serves as the club’s vice president. “It was just a great partnership.”

Hollidge guided Roman and Genova through the initial stages, but once the foundation was set the club quickly took off. Several students wanted to compete as amateur boxers, so Roman and Genova trained them individually at local gyms before convincing them to join the club.

“I was the guy with the dreadlocks and things like that so a lot of people shied away from me,” Roman said. “Once I spoke and talked to fellow students at Towson, it was all a family-like environment.”

After Hollidge helped form the club, he stepped into the role of coach where he trains boxers and sets up fights. The club is composed of 10 active members who practice Tuesday, Wednesday and Thursday evenings.

Hollidge said he relishes the chance to give students the confidence and ability to defend themselves.

“I pride myself in taking a college student who’s never boxed at all and making them a good boxer,” he said. “As a coach, my challenge is the personal involvement. I love it when I can take a timid person who does not have the self-esteem to think they can be a good boxer, and I don’t turn them into a ferocious killer, but I give them confidence.”

Hollidge said one of the first boxers he ever trained was a 5-foot-4-inch, shy woman. After she trained with Hollidge for some time, she was able to beat a few males in the club.

Hollidge said he not only wants to give boxers the tools to win, but wants them to understand the mindset that it takes in order to succeed.

“I don’t have a thug mentality when it comes to boxing,” Hollidge said. “The average person can become a boxer without wanting to hurt people…. Most thugs don’t make it in boxing because of that mindset.”

Hollidge acknowledged that there is an element of danger that plays into boxing. However, he said most people who are serious about fighting are fully aware of what they are getting into and use boxing as a way to express themselves rather than a way to hurt others.

“How do you appeal to somebody to get hit in the face?” Hollidge said. “If you don’t have a strong inclination to want to do it, it’s not an easy sale. People imagine it to be violent. A lot of people don’t come to the gym to beat people up. They’re there to work something else out in their life, and that happens to express itself in the form of boxing.”

Philip Carpenter, transitional officer and former president of the club, shares Hollidge’s excitement about getting in the ring.

“It’s pretty exciting,” Carpenter said. “The work is a lot worse than the actual competition. It’s pretty fun and exciting.”

Carpenter transferred to Towson in 2015 and heard about the club through interest meetings. He attended a few practices and gained interest as time went on. He was elected president this fall, but graduates this May so he is currently teaching the younger members the duties they will have to inherit.

The team recently travelled together to train at the Upton Boxing Center, a ring in the heart of Baltimore and near the scene of the Freddie Gray arrest.

Hollidge said most boxers he encounters are afraid to get into competition, but he stressed that it’s important to get past any initial fear in order to excel. He said the boxing community is accepting of all boxers who are looking to better themselves.

“You become family,” Hollidge said. “Once you get in the ring and show that you’re there to work on [technique], most of the people embrace you and accept you as one of them.” 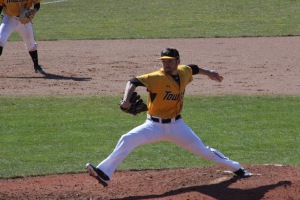