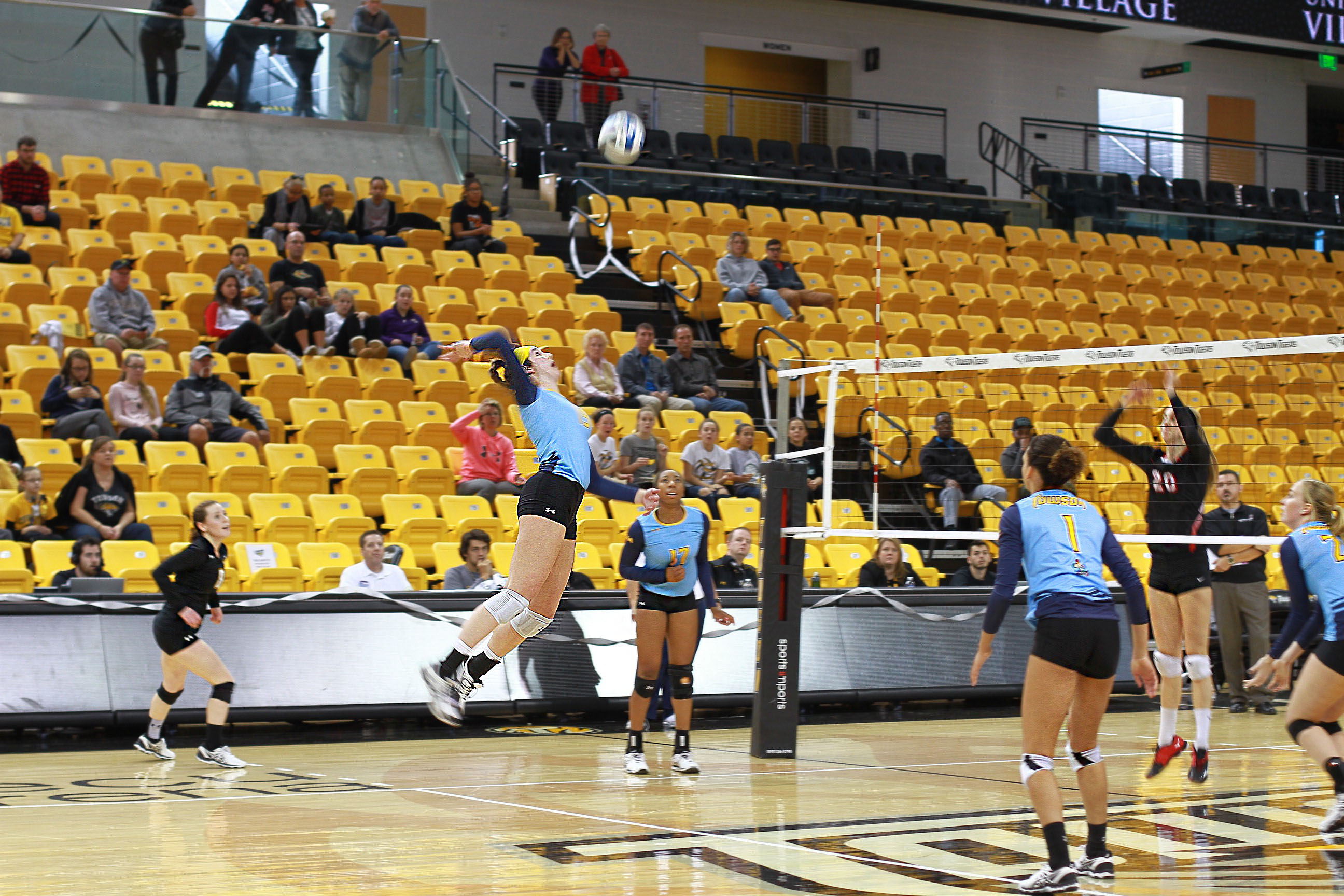 “You never know how another team is going to come out,” Head Coach Don Metil said. “But this year it’s really hard to get those CAA road wins, so we just needed to have execution of that game plan initially and it really paid off.”

In the first set, Towson took an early 12-5 lead, which forced Northeastern Head Coach Ken Nichols to take a timeout.

However, Towson did not let Northeastern’s first time out stop its momentum. The team went on to extend its lead to 19-8, which forced Northeastern to take its second timeout of the set.

Towson ultimately took the first set after a service ace from sophomore libero Meredith Dignan secured the team a 25-13 victory.

The two teams continued to battle back and forth throughout the middle of the second set. Towson went on a 6-0 run to take a 13-8 lead, but Northeastern fought back late in the set to tie the game 20-20.

Despite seven ties in the set, the Huskies used a late 5-0 run to secure a 25-21 victory and tie the match 1-1 going into intermission.

The third set saw another tight battle. Early in the set, the two teams were tied 5-5. Towson opened up a 12-8 lead, but Northeastern tied the set 12-12.

The two teams remained in a close battle late in the set and were tied 25-25. However, the Tigers scratched out a 28-26 victory after a Huskies service error and a kill from senior outside hitter Jessica Lewis.

Early in the fourth set, Towson and Northeastern were tied 9-9. The two teams traded points throughout most of the set, but Towson took a 21-17 lead and eventually put away Northeastern 25-21.

“I tried to stay composed as much as I could,” Lewis said. “But last time playing in SECU was definitely one to remember. To go only four games with a team like Northeastern is huge for us.”

In the match, Holehouse recorded her thousandth dig in the contest, against the Huskies. She is just the 15th Tiger in history to reach this milestone.

In the first set, Towson had a commanding 16-9 lead over Hofstra. However, Hofstra went on a 4-0 run later in the game to pull within three points of Towson.

Despite Hofstra’s comeback efforts, Towson scored three of the last five points to secure a 25-21 victory in the first set.

Towson and Hofstra fought down to the wire in the third set and were tied late 23-23. However, a service error by Hofstra and a service ace from freshman outside hitter Annie Ertz helped the team earn a 25-23 victory and a 3-0 sweep of Hofstra.

The Tigers will hit the road for the final week of the regular season to take on William & Mary and James Madison before the start of the CAA Tournament on Nov. 18 in Wilmington, North Carolina.