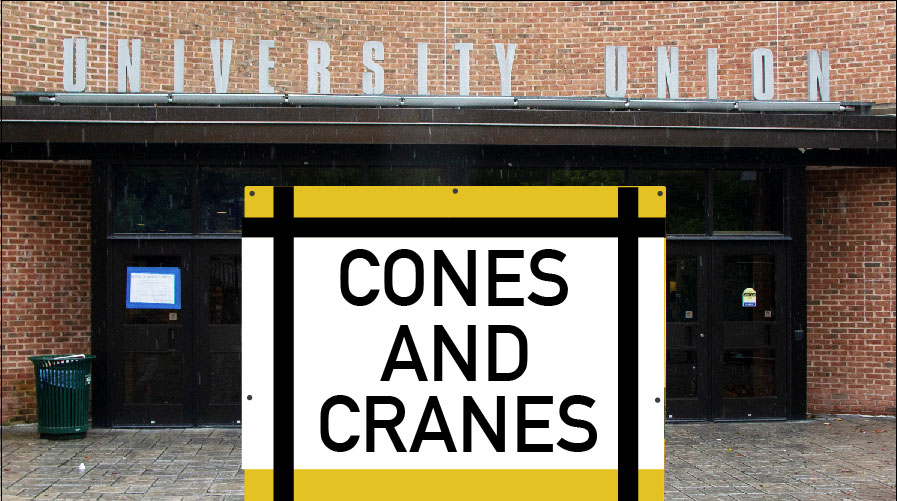 The University Union is going to get it’s first renovation and expansion since the building was originally opened in 1972.

The Union is going to become one of the most “vibrant centers for student life” on campus. The roughly $84 million project, to be completed by fall 2021, will include a 171,000 square foot renovation with an 85,000 square foot addition.

Welsh said that Towson is invested in renovations for the long haul.

“The Union renovation, coupled with other campus construction, is the tangible product of TU investing more than $700 million into the physical campus over a seven-year period,” Welsh said

The renovations and additions to the Union will have expanded event, dining and student group spaces along with a more open interior design.

There will be a 300-seat auditorium and movie theater, a new food market with seven new venues like Dunkin Donuts and Chick-fil-A, a 15,000 square foot ballroom, an expanded Career Center and double the student activity space within the new Union.

Despite this some students are still struggling to adjust to the new detours. Junior Val Kellett still believes the detours are the most inconvenient part of the new Union renovations.

“The detours definitely can make getting to class harder than it needs to be,” she said. “And it’s not the prettiest thing to look at. It’s a huge area of construction and takes a lot away from the campus.”

Despite the inconveniences of construction, Towson University President Kim Schatzel stressed that renovations will have positive long-term effects.

To keep portions of the Union open to students while construction is ongoing, the project has been scheduled in two phases.

Phase one includes the addition to the original building which will house an open food market and a new main entrance along Towson Way. By next fall, phase two of the renovations will begin within the already existing portions of the building.

“Our phased construction efforts have been planned so as to take into account the many uses of the Union building, and to minimize the impacts to our campus community,” Welsh said.

Throughout these construction changes the University Store (Ustore), housed in the Union, is working to ensure they have no closures of their services at any time.

“Construction is challenging for any business, but we have spent a lot of time planning here at the Ustore and are committed to continuing to offer all of our products and services,” said Stacy Elofir, the University Store Director.

Within the next few weeks, as phase one of construction will begin to occur, the Ustore will be making the necessary accommodations to temporarily relocate to the second floor of the Union.

“The University Store has taken this opportunity to make changes to the layout of the store that will maximize space and be able to serve even more students in the most convenient way possible allowing for growth for the future,” Elofir said. “The completed Ustore will be reorganized, updated and will be ready to serve the Towson community for the future.”

Kellett is looking forward to these new changes and general expansions of student spaces within the Union.

“I think the extra space will give people more of an opportunity to hang out with friends on campus and meet up,” she said.

Although dining services within the Union have not been interrupted as of yet, they will also be greatly impacted in the end by the building’s construction.

“The Union expansion will include a new food market on the second floor — part of which will be located in the new section,” Welsh said. “The design has been inspired by food courts in downtown Baltimore, such as R. House in Remington.”

While dining services will be under construction in different phases, accommodations will be made to ensure that students will have access to different dining areas on campus.

“The Glen Dining Hall will be redesigned to accommodate for student needs at lunch time during the Union renovation,” Welsh said. “Paws will be operational until near the end of the construction project.”

Towson University junior Marissa Sullivan believes “all of the new dining options will be a huge plus,” but the construction part of it may be difficult to work around.

“The Union dining is a central location for everyone to get food and that will just be a big inconvenience for students that have to be on campus all day,” she said.

According to Welsh, “the new U will provide a more desirable dining experience for students,”  once the dining services in the Union are finally new and improved.

“In addition, modernizations to The Glen dining area — which are being done to accommodate the transition — will include the introduction of a new touch screen technology being used on campus for the first time,” Welsh said.

The new technology will revolve around the idea that students will be able to customize their order and get a meal that is ready to go, Welsh said.

The Union Garage will remain open during the building’s renovation project. Detours throughout campus may change during the construction process, and pedestrians should follow posted signs for detour updates and building access.

“The remodeling of the Union will overhaul the most utilized building on campus, modernizing it and expanding it to better serve a growing student population,” Welsh said. “We can’t wait to see the end product.”

Towson also has construction for a new field hockey complex on campus. There will be renovations on south campus athletic fields to include this new complex. It will be situated between the softball field and the tennis courts currently behind the Towson Center.

The aim for this project and other facility enhancements is to provide championship-quality facilities for Towson’s student-athletes and the community.

By the end of this project, there will be three fields, including a full water-based carpet style field hockey field and additional practice space on the south campus. The goal for completion of the new field hockey field is later this fall and the lower fields in August 2019.

Also, throughout Towson’s campus, there is ongoing construction for  the new science complex and general Towsontown Boulevard roadwork. 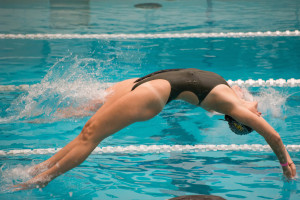