Texas has seen unprecedented levels of ice and snow due to the polar vortex bringing cold arctic air down south. Due to the unique nature of the storm, Texas’ infrastructure, and Texans themselves, were wholly unprepared for its consequences. There have been numerous reported deaths due to hypothermia and carbon monoxide poisoning, as well as water and power outages, leaving millions without basic necessities.

In propagandistic fashion, conservative pundits like Tucker Carlson desperately tried pushing a round peg into a square hole to link the Texas power outages to their recurring boogeyman of the Green New Deal, claiming that they were due to wind turbines freezing. Texas Gov. Greg Abbot falsely claiming the Green New Deal would cause similar outages should it be passed.

Personally, I think it’s funny that Abbot is blaming legislation that has yet to be passed for his failures. It would be, if it wasn’t a sociopathic deflection from how his state’s deregulated, fossil-fuel-reliant power grid led to the death and suffering of his constituents, some of whom were found frozen to death on the street and others forced to burn furniture.

The severity of this storm was demonstrably preventable given the numerous warnings of climate scientists saying storms would increase in intensity, and previous power outages caused by the same lack of infrastructure. In the face of both of these, Texas did nothing to winterize their power grid with the Electric Reliability Council of Texas (ERCOT) claiming it was simply too expensive.

I believe this event to be of immense significance, not just because of its depravity, but because it serves as a trial as to how our institutions will act in the future. While it is still disputed, it is very possible these recent storms are a result of climate change. As the Arctic warms, the hot air will displace colder air, and push it further south. What’s clear to me, however, is that large parts of this country have no issues dumping the worst of these catastrophes onto the poor and marginalized, of which scientists believe will become more frequent with time.

These power outages disproportionately fall on low-income communities, as well as communities of color, and I believe Texan officials’ attitudes towards this are nothing less than sociopathic. Former Texas Gov. Rick Perry claims Texans are willing to suffer to stave off federal regulation. The narcissism of the elites knows no bounds; poor Texans being asked to freeze to death due to a lack of power so utility companies can skimp on winterizing their power grid, which would’ve prevented their freezing to death in the first place. It seems to me the relationship of the rich and society more and more resembles an abusive relationship everyday.

However, even more disgusting is now former Colorado City Mayor Tim Boyd’s statement to his city, also in need of power, about how the city government owes nothing to its constituents. He thinks they shouldn’t be so lazy as to look for a handout, and how only the strong will survive this, while the weak perish. In the year of our lord, 2021, U.S. elected officials are parroting Social Darwinist dogma. Truly sickening, I can only assume next he’ll enlighten us on how the science of phrenology reveals how the skull shapes of those dying from cold predispose them towards indolence.

I believe these depraved attitudes are a result of one thing; class distinction. These men are so effortlessly able to insulate themselves from the consequences of their actions, evident by Texas Sen. Ted Cruz’s Cancun getaway. But because they aren’t impacted by such carnage and in fact that carnage being an externality of their own wealth and power, they’re contemptuous of those who suffer, and justify their sociopathy through the fabricated inferiority of those they oppress. 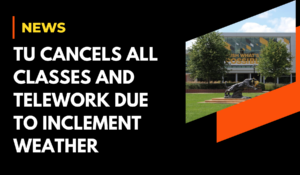