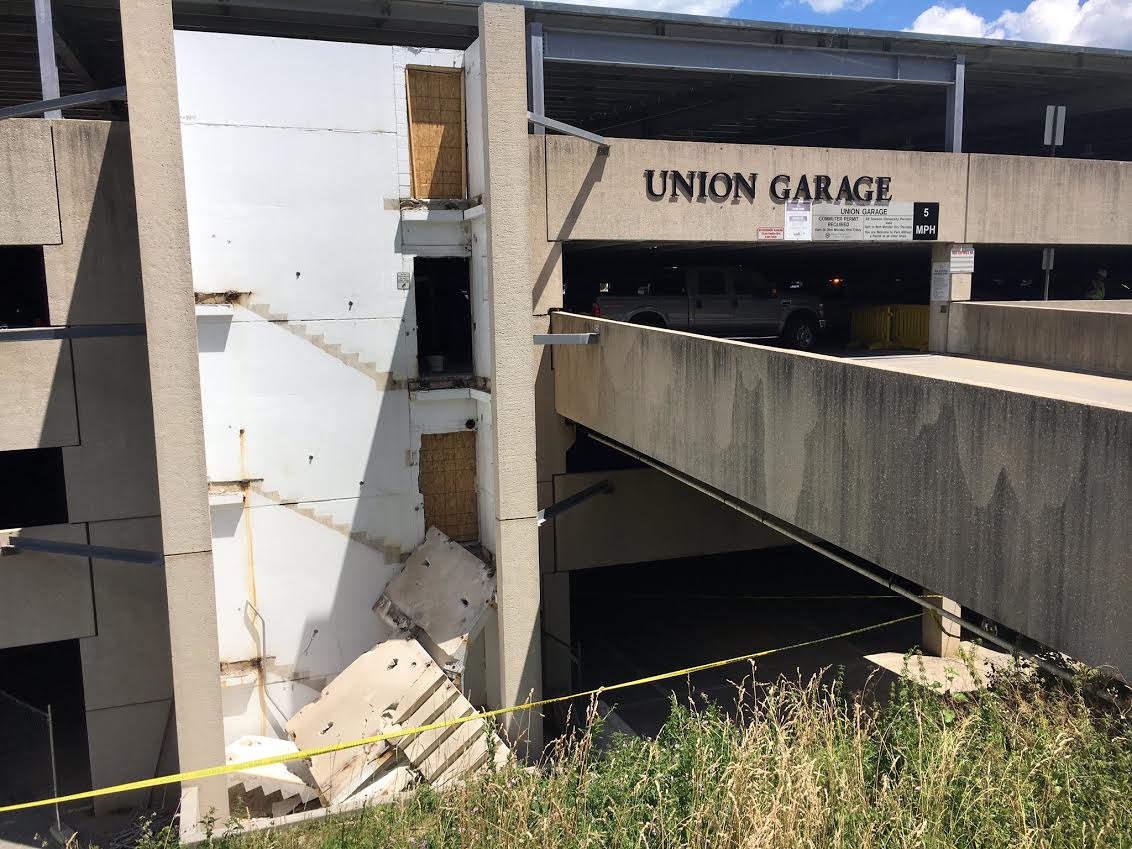 UPDATE: The worker sustained non-life threatening injuries during the stairwell collapse and is recovering in a nearby hospital, according to a T3 announcement on Thursday.

A construction worker was injured by a staircase that collapsed at the Union Garage just before 10 a.m. on Tuesday, according to a campus-wide email from Towson University officials.

According to that email, a section of the existing concrete stairwell collapsed and fell on a worker’s leg. The worker, who is not a University employee, was transported to an area hospital.

A crew was working on the south staircase facing Cross Campus Drive as part of a stairwell replacement project that began two weeks ago and was due to be completed by the end of the summer, according to the University email.

That stairwell and the Cross Campus Drive pedestrian and vehicular entrance were closed starting June 9 and were planned to remain closed through Aug. 15, according to a T3 announcement from May 1.

Construction on the project has been suspended while the collapse is being investigated and the construction company can ensure safety. However, the Union Garage is “structurally sound, operational, and open to traffic from the Osler Drive entrance,” according to the University email.

“No vehicles were damaged as a result of the collapse,” Director of Communications and Media Relations Ray Feldmann said in an email. “Entry to the garage was temporarily closed but has since re-opened.  A certified structural engineer determined the garage was structurally sound.”

We will update this story as more information becomes available. 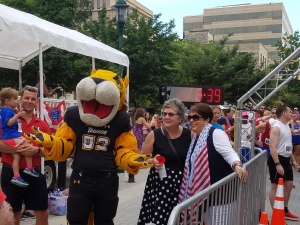