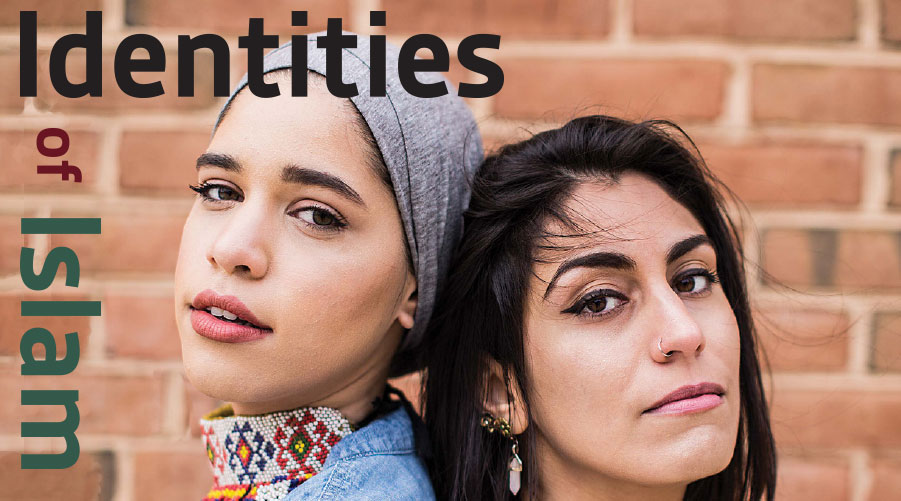 In attempt to join the national conversation about race, religion and identity, The Towerlight interviewed a handful of Towson University Muslims to share their stories, identities and perspectives on what their religion means to them.

This article is not intended to be comprehensive, but rather a sampling of experiences from students and faculty on campus. We are limited by space, by time, and we know that the issues and personal stories mentioned in this article are, like so many stories, deserving of more space than we are able to give.

Salsabeel Abdelhamid wears a hijab and is a Muslim, Palestinian-American woman. She is a complex individual comprising many parts.

“No one is purely one culture. Every Muslim is not going to be a cardboard cutout of what you think a Muslim is going to be,” Abdelhamid, a senior and sociology major, said.

Abdelhamid said that the media too often defines what a “Muslim” is, without accurately representing what Islam means to those who practice it.

“If you give a group an ambiguous title, then people can construct their views about you very easily because you are some foreign, some unknown person or group,” she said. “They are seeing this group as a group instead of a whole bunch of individuals.”

Abdelhamid displays her faith and relationship with God through her personal choice to publicly wear her hijab, her headscarf, daily.

“I want to preserve my modesty and kind of make sure that my mind is put out first and foremost than my physical beauty, and so covering is my reflection of that,” she said.

When Abdelhamid began attending high school in Prince George’s County, Maryland, she said she received a lot of questions from students about her hijab.

“I just wish people would ask me more because then I can give them the version of my experience and what the hijab or the head scarf means to me,” Abdelhamid said.

Abdelhamid said that, while some people ask questions with an honest desire to lean, she is just as often faced with malice.

“When I walk to school sometimes there are people who yell from their cars. I’ve gotten that,” she said. “I’m used to it unfortunately. I shouldn’t be used to it, but it’s just something I am okay with at this point.”

When freshman Lyric Harris was in high school she would often engage in small friendly debates with her friends, some Christian, like she was, and others Muslim.

One night a friend raised a question that she felt the Bible could not provide a satisfactory answer to.

Harris began researching Islam on her own and with the help of friend’s uncle, an imam.

She wondered whether she could be Muslim as both a woman and someone of mixed race. Her pre-existing belief, she said, was that to be Muslim you had to be a male Arab.

“If this is something I am going to use for the rest of my life, Islam, I need to make sure that I can be Muslim being black and as a woman,” she said. “So the first two things I looked up was race equality and woman equality.”

She found several quotes from Muhammad, the Muslim prophet widely regarded as the founder of the faith, and verses within the Quran that disproved her preexisting beliefs. Harris said that this made her feel both empowered and sad at the same time.

“The fact that I thought those things, it tells me what I was being taught subconsciously, to what it really is,” she said.

When she was 15, Harris officially converted to Islam.

Harris said that becoming Muslim has made her more open-minded. She now teaches people about Islam to help them understand the religion, and stresses that anyone, regardless of their cultural background, can be a Muslim.

“When it comes to Islam, going to the Mosque, you see white, black, Asian, Hispanic, Arab, Pakistani, you see many different kinds of people,” Harris said. “It’s a different atmosphere than when I was growing up and going to church.”

When he came to Towson, junior Amr Rawi enjoyed the opportunity to connect with other Muslim students in Towson’s Muslim Student Association (MSA), an organization that his high school did not offer him.

“The great thing about Towson is that they provide us the opportunity to have clubs that really belong to what you are involved in,” Rawi said. “I can find people that I can relate to. I can pray with someone, which is cool.”

This semester, Rawi was elected President of Towson’s MSA, and with that role he hopes to continue to spread understanding and awareness of what Islam is to Towson’s campus.

Rawi knows that it may be difficult to reach everyone, but by interacting with small groups he hopes that the message of what Islam and who the MSA are will begin to permeate campus.

“We are always looking at the media and what is being portrayed by someone else, so we really want to show our history by ourselves and not have someone else show us our history,” Rawi said.

Rawi said that students and faculty are welcome to attend or observe MSA meetings, events, or Jummah (weekly Friday prayer).

When Sanaullah Kirmani came to Towson over 20 years ago, he began searching for a place to pray on Fridays. He soon joined a small, unofficial group of four or five Muslims who prayed in the University Union.

“Slowly, I found myself somehow leading the prayer,” Kirmani said. “I hadn’t planned to do anything like that.”

Today, Kirmani is the advisor for Towson MSA and leads a group of over 100 students in weekly Friday prayer, still in the Union, in a much larger space.

MSA was formed with about 8-10 students and is now in its sixteenth year. Finding a place to pray, however, continues to be an issue for Muslim students Kirmani said.

“It’s been a real problem for them to find a place to pray,” Kirmani said. “I know students, they sometimes pray in-between library stacks. Some pray on landings of stairs.”

Involving and teaching students about Islam regardless of religion has always been a part of MSA’s goals.

This became especially important, Kirmani said, after the tragedy of 9/11.

“The local people became really aware suddenly of Muslim presence, and not in the best way,” he said.

Towson students, he said, were understanding of the Muslim students on campus. Kirmani said that in his two decades at TU he has always known the campus to be a laid back, accommodating and friendly space. However, the environment off-campus made life difficult and sometimes scary for Muslim students.

“For the students, and for all of us, it was a difficult time because the students felt that they got blamed for something they were not responsible for,” Kirmani said.

Hameed hopes to one day go into a career in international diplomacy on behalf of the United States. For that reason and others, he’s concerned about the radical statements some presidential candidates have made about Muslims and American Muslims.

He believes that rather than contribute to Islamaphobia, the county should instead be using American Muslims to their advantage. This is because the center of gravity for radical terrorists, Hameed said, relies on hatred of the west based on perceptions of western treatment of and attitude toward Muslims.

“The best way to beat ISIS is through using our Muslims here to spread a positive message,” Hameed said.

“If we as America are being very open-armed and caring for Muslims and integrating them and wanting them to get involved in their communities,” Hameed said, the terrorist organization would lost some legitimacy in its recruiting pitch.

Many people came by to talk to Hameed at a tabling event in the Union last semester, to learn about Islam and sign a poster promising to take a stand against Islamaphobia, something that Hameed and other Muslims have to face on a daily basis.

“Obviously it sucks. My mom has been called a terrorist to her face,” Hameed said. “I’m kind of used to it, as bad as that sounds. … It makes me angry or upset or at least it did, but now I think that in terms of how we need to respond it needs to be Muslims standing up and doing something about it.”

Senior Saalika Khan’s identity as an Islamic feminist has helped her to discover who she is.

“Feminism and Islam help me find my strengths and weaknesses as a person and an artist,” Khan said.

When she was introduced to feminism in college, Khan felt that it closely mirrored the Islamic values she was taught while growing up. But has found that sometimes when she describes herself as an Islamic feminist, that she receives responses of doubt or confusion.

“That’s when I say well, Islam says I have the choice, and it has given me examples of feminism acted by men and women,” Khan said.

She specifically referred to two Islamic stories in which Muhammad asks men to turn their gaze away from women. Khan said that in these stories, the women are not perceived to be at fault for their femininity, beauty or clothing. Instead, the men are asked to hold themselves accountable and use their own will to not objectify or sexualize the women.

“This whole reprimanding women thing didn’t exist in these Islamic stories that I grew up with,” Khan said. “And when I heard these two specific stories I was like, Prophet Muhammed was a feminist, oh my gosh.”

She has spent time considering what feminism means to her and how both feminism and Islam have taught her to treat others with equality, and find and stomp out inequality.

“Feminism and Islam go hand in hand for me,” Khan said. “I will never stop being a woman or a Muslim. Those two identities have shaped my life since birth.”