Towson students discussed the sexualization of women and the perpetuation of stereotypes Wednesday during “Breaching the Silence,” a facilitated conversation about rape and sexual assault in the black community, held in Potomac Lounge.

“Tonight will be built off of safe spaces, but I want to push for a brave space,” second-year graduate student Aji Bakare said. “Recognize that this is a conversation. We want you guys to engage each other and to challenge each other’s opinions.”

Hosted by the Center of Student Diversity, the event was co-sponsored by Brotherhood, Sisterhood, the Black Student Union, Sigma Lambda Gamma, In the Life and the Caribbean Student Association. According to Black Student Union Vice President Maia Williams, two members of an on-campus fraternity stopped into the BSU office hours before the event began to ask if it was too late to co-sponsor.

Williams said that she directed the students to Bakare, who coordinated the event, and they abandoned the idea.

The same men appeared at the event with a group, but left after a conversation where some members said attending wouldn’t gain them points in the Chapter Assessment Program.

Williams described their behavior as “frustrating” and “disrespectful,” but said that she does not believe that their behavior was a reflection of CAP, which assesses each chapter’s involvement and performance in academics, chapter management, member development and community involvement.

“I don’t think it’s the CAP system,” Williams said. “I think that as human beings you should want to be a part of these conversations… It should be something that you want to engage in. I think the system is fine, you just have to be willing to do things on your own outside of the system.”

The fraternity in question and the Inter-Fraternity Council did not respond to requests for comment.

The goal of the event was to start a conversation about topics that the black community sees as taboo, according to Williams.

Brotherhood and Sisterhood focused on the hypersexualization of black women and children and the tendency to defend black men when they sexually assault others.

Audience members expressed ideas that often, black women and children are “pigeon-holed into stereotypes.” They also said that the reason people defend black men who sexually assault others is that men in the black community are taught from a young age to be sexual.

According to audience members, sexual assault is taken lightly in the black community because the population is worried about other issues.

“Typically in the black community, if it’s not race related, we won’t care about it as much because that’s one common struggle that we all tend to have,” Brotherhood president Brian Clay said. “The black community’s struggle is more than just whether the white man likes us or not. We just need to bring that awareness to our community.”

Sisters of Sigma Lambda Gamma sorority presented on the prevalence of sexual assault on college campuses. They encouraged attendees to intervene when they see an intoxicated person in a vulnerable situation on campus.

Representatives from the CSA facilitated a discussion on the sexualization of women in Caribbean culture, specifically citing Caribbean music and dancehall culture throughout countries like Jamaica and Trinidad and Tobago, while members of In the Life presented on the issues that double minorities face, specifically the intersectionality of being a transgender woman of color. 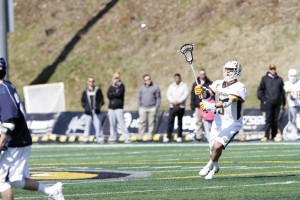