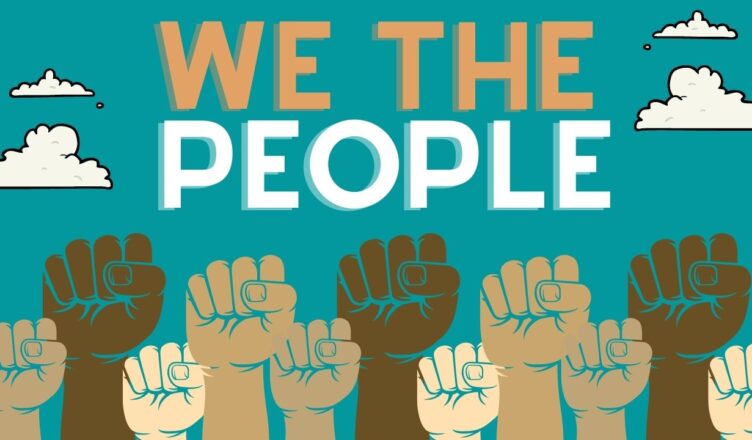 An Act sponsored in 2019 by New Jersey heartthrob, Cory Booker (D), and by Sheila Jackson Lee, JD (D), Texas Representative, has gained support by democratic presidential nominee Joe Biden. This Act would create a plan for the valuation and distribution of reparations for the systemic racism African American’s have endured in America since 1619. H.R. 40 would use a $12,000,000 budget to develop Reparation Proposals for African Americans as a result of slavery, post-civil-war racism, the denial/avoidance medias have used to downplay/ignore crimes against humanity America committed and lingering systemic racism in the US today.

This Act is a step to eradicate systemic racism in America. One hundred forty-three members of Congress and Joe Biden support this proposal to appoint a committee of individuals qualified by means of education or training, as well as a history of seeking activism and reparatory justice for African Americans. Six Representatives from MD have co-sponsored this Act, no Republicans from the US have co-sponsored it.

Two experts have weighed in on whether reparations are worthwhile. Against the idea of reparations is Glenn Loury, PhD and Econ Professor for Brown University, who has published work defending Affirmative Action, questioning if the War on Drugs is racist, and most recently an essay explaining his forty years of work examining why African-Americans are treated as second-class citizens in the US.

In an article with CNBC, Dr. Loury spoke about reparations for African Americans.

‘“The real issue here are differences between the populations in the capacity to generate wealth,’” said Dr. Loury. ‘“If you redistribute, you may have a short term impact, but in the long run, unless the differences in these populations, in their capacity to generate wealth, to start a business, to effectively take risks, to save and accumulate within their families, the underlying structure will push you back into a situation of inequality again.”’

Dr. Loury’s statement argues that giving individuals a lump sum will not make up for every other barrier that has been made between Black Americans and success.

Co-Author of “From Here to Equality: Reparations for Black Americans in the Twenty-First Century,” William Darity, PhD and Professor for Duke University, quantified that the pain and suffering of systemic racism in America could be compensated for if $800,000 was given to each eligible African-American family in the US. Eligibility would require verification of being a descendant of someone enslaved in the US before the Civil War and a 12-year history of identifying as Black or African American on government documents. Dr. Darity has studied the rational and design of reparations for over thirty years. The average white and black household net worth are $929,800 and $138,000, respectively. The difference made up by these reparations, proposed in Darity’s book, would cost the US Government $12 trillion. This is an exorbitant cost for a plan that Dr. Loury has explained would have a short-term impact on the lives of African Americans.

A plan that would cost the US Government a much easier to budget, $100 billion would arrange Baby Bonds averaging $25,000 for the poorest children as they are born. These bonds are expected to grow to $60,000 by the time the recipient turns 18, would cost less than 3% of the US Government’s $3.8 trillion budget and help to give children a college-bound identity. This would be a reparation plan that is palatable for more Americans and political parties, because it would focus on economic status rather than race.

These conversations and calculations should continue to help correct the gaps in wealth that systemic racism has created for the past four hundred years. If H.R. 40, The Commission to Study and Develop Reparation Proposals for African-Americans Act is passed, prudent decisions can be made to help the lives of Black and African Americans see long-term improvements in their qualities of life.