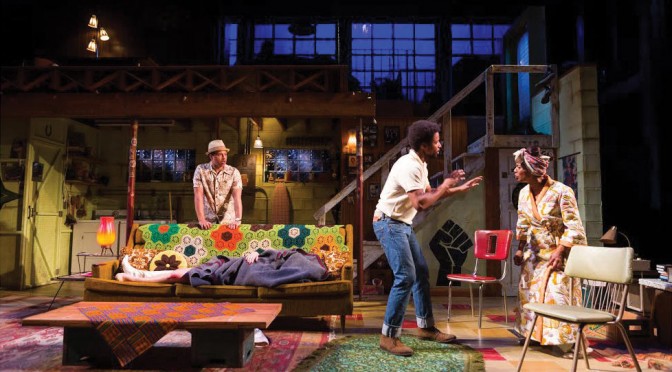 Until May 8, the Mainstage Theater in the Center for the Arts is more than a stage with speakers and lighting rigs—it’s a Detroit basement 50 years in the past, a home to Lank and Chelle and an after-hours nightclub in the heart of Motor City.

“Detroit ‘67” tells the story of a brother and sister set against the backdrop of the 1967 Detroit riots. The play was chosen for Center Stage in part because of its relevancy to the unrest in Baltimore last year.

Gavin Witt, the play’s associate director of dramaturgy, noticed the parallels between life in Detroit and life in Baltimore.

“We felt that there was a kindred spirit in [the characters’] experience,” Witt said. “The choice of this playwright to write a trilogy of plays offering a more positive representation of a city that’s often negatively portrayed…That’s really a truth for Baltimore, that it suffers from a negative presentation in the media.”

“Detroit ‘67” covers issues such as race and class through the storyline of Lank, his friend Sly and a battered white woman they rescue off the street—as the production’s summary describes it, “relationships between black and white, brother and sister, friend and stranger begin to shift.”

The play previewed last weekend, and while the plot was intense, the backdrop of the riots really resonated with much of the audience. During scene changes, video clips of 1960s Detroit were projected onstage.

Toward the end of the play, coverage of the Baltimore uprisings was juxtaposed with scenes from the Detroit riots almost 50 years ago—the only discernable difference between the two being “Black Lives Matter” signs carried by protestors in Baltimore.

To production dramaturg Lauren Imwold, performances with themes of political and social justice can have a major impact.

“We’re actually kind of at the forefront of a new era of regional theater, doing this kind of work and allowing it to be important,” Imwold said.

Despite their entertainment factor, plays like “Detroit ‘67” can have a lasting effect on the audiences. Witt joked that Center Stage employees aren’t in the business of reassurance.

Despite the discomforting message of “Detroit ‘67,” there are plenty of cheerful moments that are especially lively when played against Motown Music, from Marvin Gaye to The Supremes.

The program includes an interview with “Detroit ‘67” playwright Dominique Morisseau where she states, “The only narrator for Detroit tends to be the media, and that’s a sloppy, inaccurate, usually biased narrator.”

Morisseau has been hesitant to take her play to her hometown of Detroit and wants to be sure it’s done at the right time and in the right way. But now, with the current cast performing the production, Morisseau feels that the right team has been assembled.

After their performances in Towson, cast and crew will head to Detroit to inaugurate a small theater in its first season.

“Detroit ‘67” will be performed in the Mainstage Theatre until May 8, but tickets are limited. For discounted tickets, students can use the code “16TOWSONU.” 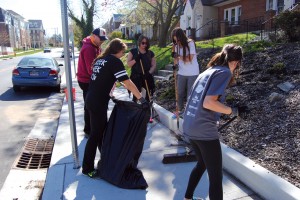 Previous post Students visit nearby communities for day of service