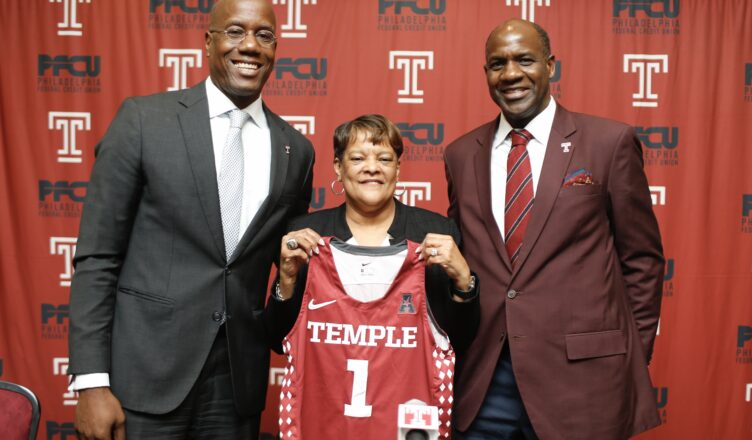 After five years as head coach, Diane Richardson is leaving the Towson Women’s Basketball program to become the next head coach at Temple University.

Richardson led the team to an 80-66 record in her five seasons at Towson. Under Richardson, the team reached the NCAA tournament for the first time in 2019, with a season record of 20-13. This past season, she coached the team to multiple program records, including 24 overall wins and 14 conference wins. The team also made the Women’s National Invitational Tournament for the first time since 1969. This year was their second playoff appearance under Richardson.

“We worked really hard to be one of the best teams in the country,” Richardson said. “I think people now know about the Towson program and that it’s truly a really good basketball program.”

Before becoming head coach at Towson, Richardson had multiple successful coaching stints around the Maryland and D.C. area. She was the head coach at Riverdale Baptist High School in the early 2000s where she finished with a 234-32 record. Richardson has also helped coach multiple universities in the area, including as an assistant coach at American University, George Washington University and the University of Maryland.

The Tigers became a commanding team since Richardson took over in 2017. She led the team to two 20-win seasons and their first conference championship after winning the Colonial Athletic Association (CAA) championship back in 2019. Richardson coached the Tigers to multiple winning seasons with the team, finishing with a .500 or higher record in three out of her five years. The team was able to continuously reach new heights under Richardson’s leadership and hard work.

Throughout her time at Towson, Richardson was able to grow her coaching resume and establish herself as an accomplished head coach. In 2019, she was named ECAC and CAA Coach of the Year, with three of her players receiving All-CAA honors that year.

“It just felt so good to see them grow both on the court and off the court,” Richardson added. “I just found joy in watching them do well. We had players that play professionally and players that went into professional careers as well. It just made me feel good that I could be a part of that.”

Richardson had a tremendous impact on the players she coached during her time with the Tigers. She coached 17 student-athletes to CAA postseason honors including Towson star Kionna Jeter, who became the first Tiger drafted to the WNBA back in 2021. Richardson’s impact went further than being a coach to her players. She was a mentor and leader for her teams both on and off the court, pushing them to be better students, athletes, and people.

Laura Harper was introduced as the new Head Coach of the Women’s Basketball Team on Thursday, April 21.

“It’s a good career step-up,” Richardson said. “We’re bringing our staff with us so we’ll have kind of the same thing at Towson as rebuilding a program and I’m looking forward to that.”

The Towson women’s basketball program looks to continue to build their team and reach new levels of success after Richardson’s departure.

Richardson helped coach and shape the team into who they are today, creating a high level of expectations and hard work for the program and she looks to continue to do the same at Temple University.