Before the COVID-19 pandemic shut down the league during the 2019-2020 season, questions were being raised about whether or not the Brooklyn Nets could be considered a strong team without a third star. Since then, there has been a lot of speculation about some potential moves they could make to acquire that star.

The two biggest names most closely linked to the Nets are Joel Embiid and Bradley Beal. The Nets have enough assets to work out a deal, but they have an unnecessary amount of desperation if they were to pull off a trade. One of their two superstars, Kevin Durant, hasn’t played a single second on the floor yet. The Nets would be blowing up the team before knowing how good they can be.

In Game 5 of the 2019 NBA Finals, Durant tore his Achilles. The injury was expected to sideline him for the entirety of this past season, which it did. The Nets still made the playoffs, due in large part to the excellent bench and supporting cast. Guys like Spencer Dinwiddie, Caris LeVert and Jarrett Allen all stepped up. It raises the question as to why they would sacrifice all of those great bench pieces for a third star. Frankly, there is no good answer. It does not make any sense why the Nets would do this.

Over the past year, people seem to have forgotten how good Durant is. In three seasons with the Golden State Warriors, Durant averaged almost 26 points per game, shooting a very effective 52% field goal percentage during that span. In his time with the Warriors, Durant wasn’t even the clear cut number one option. Sometimes, he was the second or even third option in some cases with Steph Curry handling the bulk of the scoring load. With Durant leading the offense as a clear cut number one (or sometimes the second option), his scoring will only increase.

During the 2013-2014 NBA season, when former Oklahoma City Thunder co-star Russell Westbrook III played a career-low 46 games, Durant stepped up in a major way, averaging a career-high 32 points, and taking the league’s MVP trophy that year. Durant is a player who excels when he is “the guy,” and the Nets will struggle to integrate this into their team if they trade for a third star.

Their team would look great on paper, with Kyrie Irving, Durant, and perhaps Embiid or Beal, but then again, this year’s Philadelphia 76ers looked really good on paper as well featuring Ben Simmons, Tobias Harris and Al Horford. They were only able to grab the sixth seed and didn’t make it out of the first round because their bench was no match for the Boston Celtics. Simmons was also injured, but that had little to do with them having the sixth seed.

Something that often gets vastly overlooked is the skill and potential of LeVert. The 26-year-old has gotten progressively better in most statistical categories since coming into the league four years ago. LeVert averaged roughly 18 points this season, showing potential to be a much more affordable option as a third star. Dinwiddie is another up and coming player, who averaged career-highs in points, rebounds and assists this season, with 20.6 points, 3.5 rebounds, and 6.8 assists per game. Dinwiddie is another guy who can step up and fill part of the void as Brooklyn’s third star role.

Brooklyn clearly has the assets to trade for a star. They can dangle LeVert, Dinwiddie, and even  Allen, who averaged 11 points and 9.5 rebounds this season. It just wouldn’t make sense. These three players are all  27 years old or younger and have all improved in each season since they entered the league. Brooklyn would be foolish to trade them for another star when they haven’t even seen Durant and Irving play together yet.

Previous post Should the Vikings move on from Cousins? 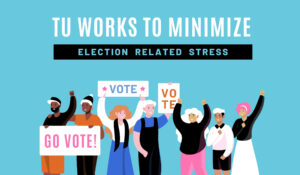