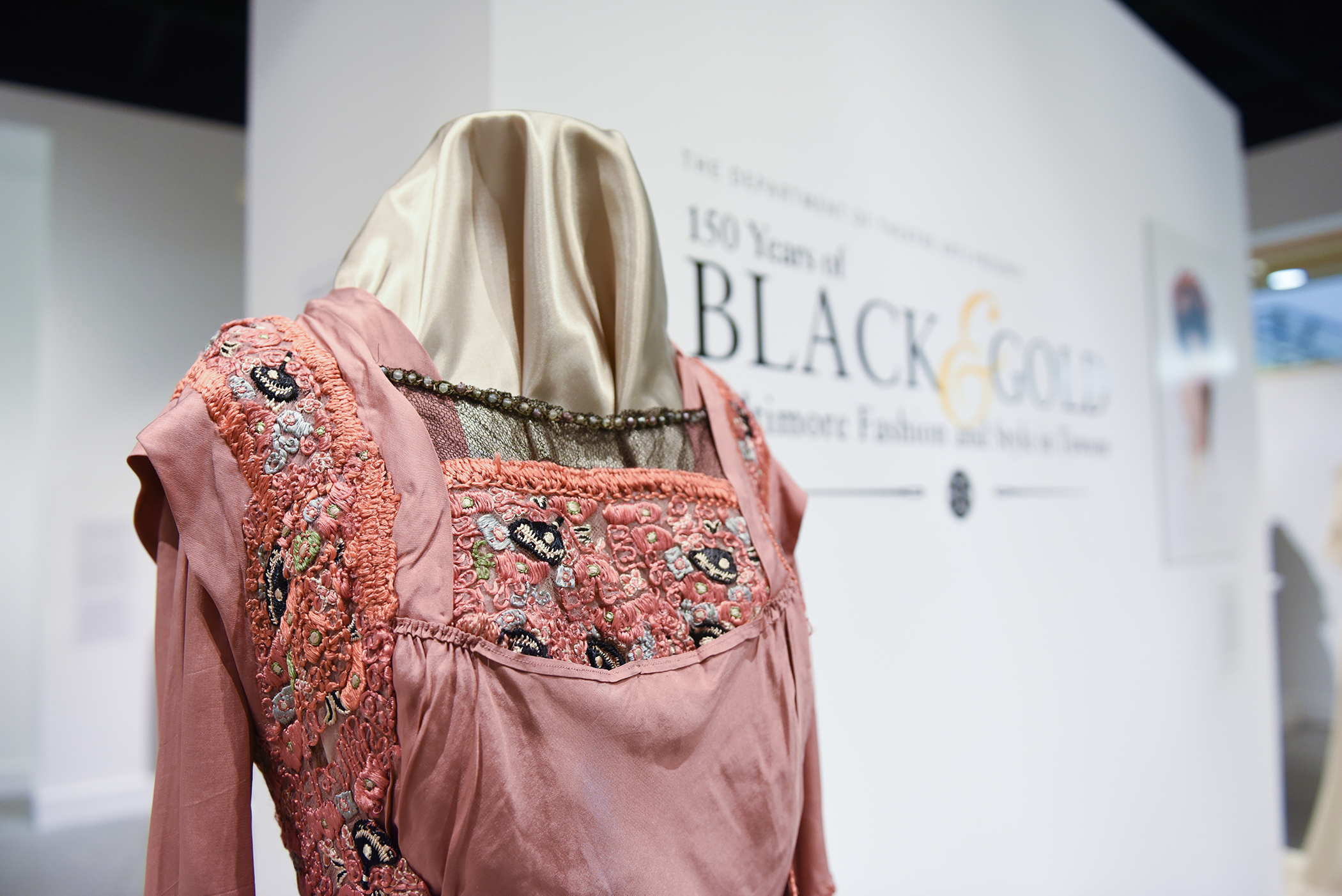 In honor of Towson University’s 150th anniversary Julie Potter, an assistant professor and costume designer, has sorted through over 2,000 garments to create a fashion exhibition that features the evolution of women’s clothing from the last 150 years.

The collection synthesizes both fashion and history while highlighting notable aspects of the Towson and Baltimore area.

“We’re featuring this suit that was worn by Lillian Cannon of Baltimore, who was one of the first women to attempt to swim the English Channel,” Potter said. “She’s a pretty well-known athlete who is from the area.”

The exhibition also features items from popular local department stores including Hutzler’s, which set up business in Towson from 1952 to 1990.

“We’re featuring these to show what used to belong to that department store because everyone has such fond memories of it,” Potter said. “That’s what’s been drawing a lot of people in, people who remember shopping there.”

The collection launches with items from the 1860s because Towson first began to accept students in Jan 1866. This starting point allows current students to see what some of Towson’s first students were wearing on and off campus.

“Some of these aren’t appropriate for school-wear, which is where we started to take a little liberty because we really wanted the opportunity to not only show students’ fashion, but to also show higher fashion because they are fun to look at,” Potter said. “It’s just such a nice way to bring history to life and make it real for people. Clothing is so personal.”

“It’s great to walk around and see what young ladies would wear to their graduation here and how different it is from what they wear now,” Seibert said. “We were talking about what kind of exhibit they would put on 150 years from now for us. It would probably be a lot of short shorts and crop tops.”

Potter hopes that students from all departments find interest and value in these high-quality artifacts.

“I share these things with my students in ‘Costume, Dress and Society’ and we look at the changing of fashion and the changing of the times and society and how that is all tied together,” Potter said. “It’s a lot of fun but I think it is an incredibly valuable tool for learning about our culture and our society over time. It’s a great way to have a look at these three-dimensionally and to see the craftsmanship.”

Although the exhibition ran from Jan. 5-22, Potter said this exhibition is just the first phase of this collection. She plans to catalog this collection and other pieces waiting to be seen into a database over the next school year. For now, keep lookout for announcements of future shows and exhibitions from Potter and the CFA.

“The collection will be streamlined into something very showable and I’m hoping to have one to two shows each year,” Potter said.