Towson lost to Drexel, 66-52, at home on Sunday, which dropped the team to eighth place in the Colonial Athletic Association standings.

“Consistency is key for everything we do,” junior guard Dominique Johnson said. “We need to take over and stay up on teams. It’s very upsetting.”

Redshirt senior forward LaTorri Hines-Allen made a pair of free throws and a layup on back-to-back possessions, which tied the game up.

Both teams kept even until the Dragons ended the first half on 10-0 run and took a 27-20 lead into halftime.

Towson only shot 28.6 percent from the field in the first half, but out-rebounded Drexel 20-13.

The Dragons opened up the second half with a quick bucket, but senior guard Ciara Webb answered with a three-pointer, which cut the lead to 29-23.

Webb hit another three-pointer a few minutes later that brought the Tigers within seven points with 15 minutes left in the game.
A three-pointer from junior guard Domonique Johnson and a layup from Hines-Allen cut Drexel’s lead to 40-37. Hines-Allen and freshman center Daijha Thomas made layups the next two possessions and gave the Tigers a 41-40 lead with less than 11 minutes left in the game.

Hines-Allen and Webb scored the next two possessions to bring the Tigers within five points, but the team couldn’t get any closer than that, allowing the Dragons to close the game out.

Towson finished with a 28.8 shooting percentage and made just 5-of-21 shots from beyond the arc.

Hines-Allen led the team with 23 points and also had 12 rebounds. She went 7-for-17 from the field and made 9-of-11 free throw attempts.

Webb finished the game with 13 points and 12 rebounds, which was her first career double-double at Towson.

Freshman guard Breonn Hughey had 10 assists and is now averaging 5.0 assists per game.

Towson’s next game is an away matchup against the Hofstra Pride. They sit with a record of 16-9 and 9-5 in conference. 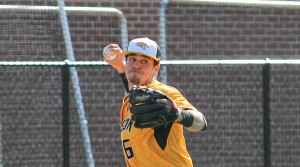 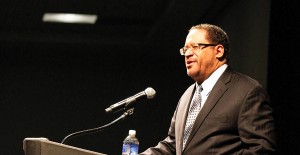