Poet and journalist Dunya Mikhail spoke with Towson University students over a webinar meeting, “Conversation with Dunya Mikhail,” about her two latest books, “The Beekeeper: Rescuing the Stolen Women of Iraq” and “In Her Feminine Sign,” March 3.

“The Beekeeper: Rescuing the Stolen Women of Iraq” is a true story about a beekeeper who helps women being tortured by ISIS to escape through local areas. According to Mikhail, her research for the book first started after hearing about the slavery treatment of women.

“This happened in 2014, in the summer, August of 2014, when I learned that a market was open to buy and sell women in the Iraq, Syria, Mumbai,  that was shocking for me,” Mikhail said. “I had to pause and see what’s going on. So I really was day and night, engaged with that just trying to see what was natural in this time of history.”

When Mikhail met the first woman of her book, she learned more about the role of the beekeeper in her story and many others.

“So I made contacts and from back home, friends, relatives, until I was able to get hold of the first woman who escaped from ISIS,” Mikhail said. “She spoke in Kurdish language, I don’t understand Kurdish and she can’t speak in Arabic, but fortunately her cousin, who was with her at home that time that moment speaks Arabic. He translated between us and that by chance was the beekeeper who I got very interested in his story and that’s how I continued to contact and learn more and more about what was happening.”

During the event, Mikhail read some poems that she had written from her book, “In Her Feminine Sign,” which highlights her childhood in Baghdad and her life in the United States (U.S.). Two of the poems that she read were “100 Years of Sleep” and “My Poem Will Not Save You.” While “100 Years of Sleep” was published in Grub Street Literary Magazine volume 68, the latter poem is the favorite of senior Katya Buresh.

“I flagged that one [“My Poem Will Not Save You”] with the posted flag cause it’s so powerful. Well, most of her work is powerful but that poem especially really stood out to me,” Buresh said.

Buresh is also the poetry editor of Grub Street Literary Magazine and was asked to introduce Mikhail for the event.

“I mean I immediately said yes,” Buresh said. “I was super excited, loved the opportunity just to get more involved in another poet’s work.”

After Mikhail finished reading poems, assistant professor Jeannie Vanasco and Mikhail discussed the effects and differences Mikhail faces when she writes in Arabic versus English, the transformative quality of poetry, the symbolism evident in Mikhail’s poetry that led to her decision to leave Iraq, and the psychological impact Mikhail felt when she wrote “The Beekeeper: Rescuing the Stolen Women of Iraq.”

Senior Catherine Cusson was particularly interested in Mikhail’s discussion on how writing in Arabic and English differed.

“I really liked what she said about how her English and Arabic kind of interact when she’s in her writing, and how they interact in her mind, how they’re like a husband and wife or partners,” said Cusson. “Just trying to coexist together and work together and they balance each other out.”

Mikhail was born and raised in Baghdad, Iraq. She lived there as a journalist for “The Baghdad Observer” before she was faced with censorship and interrogation which resulted in Mikhail’s eventual settlement in the U.S. in 1996.

“From childhood I was writing and so I thought that [journalism] was the closest to be paid as a writer,” said Mikhail. “I feel that journalism, it was for me as if it was a training for me as a writer.”

While growing up in Baghdad, Mikhail explained that she opened her eyes to the world. She witnessed injustices during the Iran-Iraq War before becoming a journalist. The desire of the Iraq government to glorify themselves while criticizing their enemies made Mikhail’s job as a journalist difficult.

“That was a big challenge because as a writer and journalist, you want to be, you know, say the truth. You want to be yourself but this would not work in that time, that place,” Mikhail said. “They want you to have this black and white discourse, us and them, the enemies.”

‘I read a couple of chapters of “The Beekeeper” and I read all of her poems,’ Cusson said. “I love her book. It was very, it was riveting. It really, it really captured something that I had previously not been exposed to and I was glad to get the opportunity to be exposed to that kind of literature.”

After experiencing Mikhail’s visit to her Grub Street class, reading Mikhail’s work and watching the event, Buresh claimed that these experiences made her think more about the effect that humans have on one another and just made her more conscious and aware.

“It was really enlightening to me to hear more about her experience writing that, out of the rich history of Iraq,” said Buresh.

While Mikhail wrote about the stories of women who escaped ISIS, she hopes that the readers of her work come away with a positive message.

“The way they [the women] stood for each other and how they survived and, you know, this gives us hope,” said Mikhail. “I hope it gives hope to everyone.”

“The Beekeeper: Rescuing The Stolen Women of Iraq” and “In Her Feminine Sign” can be found on Amazon and other online book websites.

Previous post The top five albums of 2021 so far 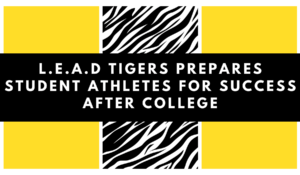