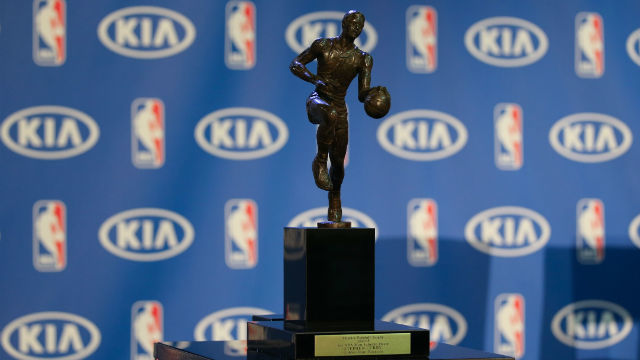 This summer, many pundits and talking heads have stressed that the NBA offseason is significantly more exhilarating and compelling than the regular season when games are actually being played and I think I’m starting to be convinced.

LeBron James made the decision to move over to the already loaded western conference by signing with the Los Angeles Lakers after many months of speculation about where he would end up.

Paul George surprisingly decided to sign an extension to remain with the Oklahoma City Thunder, despite suffering a first round exit in the 2018 NBA Playoffs due to an incohesive big three compiled of George, Russell Westbrook and Carmelo Anthony.

The Toronto Raptors made the most shocking move of the offseason by acquiring former Finals MVP Kawhi Leonard from the San Antonio Spurs in a blockbuster trade, but with the dust settled from free agency and the 2018 NBA Draft it is prime time to start discussing predictions for next season.

I’m not afraid to admit it; the NBA MVP has become a bit of a season-long pageantry. With that said, I’m shamelessly going to contribute to this drawn out popularity contest by looking at three players who realistically could win MVP this coming 2018 regular season.

As the best player in the world, James will always be in the conversation for league MVP barring injury or father time catching up to him. After dragging the Cleveland Cavaliers to the NBA Finals just three months ago, and dropping 51 points against the Golden State Warriors in their arena in game one, it would be unwise to think that James will suddenly decline.

His move to join the stacked western conference will allow him to face talented competition on a more frequent basis so if he can repeat or build upon his 2017-18 season averages of 27.5 points to go along with 9.1 assists then he has a strong chance of bring home the MVP trophy.

Eliminating the Warriors in the playoffs would be a massive cherry on top, but let’s not get ahead of ourselves.

After the New Orleans Pelicans lost superstar center Demarcus Cousins to an achilles injury in January, many people counted them out. Without one of their two all-star frontcourt players they were expected to crumble quickly and fade out of playoff contention, but Anthony Davis would have none of that.

Davis went on a tear to carry his team to the postseason. At one point late in the season, he averaged 33.9 points, 13.2 rebounds, 2.3 assists, 2.3 steals and 2.6 blocks. With Cousins deciding to sign with the Warriors in July, Davis could put up monster numbers once again because he just might have to do so in order to reach the playoffs once again.

Antetokounmpo didn’t accomplish this challenge last season, but he certainly put up a commendable effort. In the 2016-17 season, he went on to average 22.9 points, 8.8 rebounds and 5.4 assists while becoming the first player since James in 2008-09 to lead his team in points, rebounds, assists, steals and blocks for an entire season.

Last season, he improved upon those numbers as he bumped up his scoring and rebounding while displaying better defensive awareness than in previous years.

Antetokounmpo’s length and size allows him to bully defenders and get to the paint whenever he wants. The only flaw in his game is his limited shooting range, but if he enters this season with a respectable three-point shot then he could terrorize defenders all the way to an MVP award.