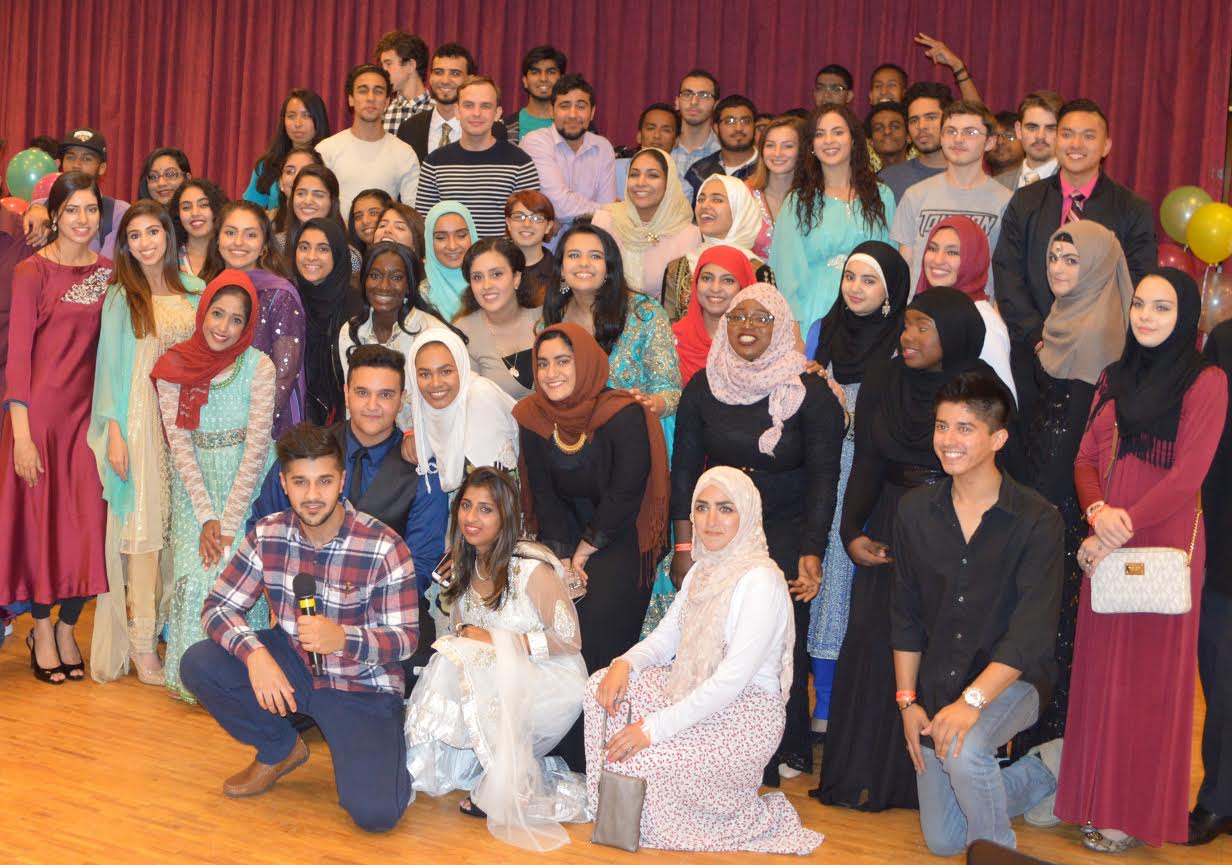 The Towson University Muslim Student Association debuted “Love Your Islam,” a short film about students learning to be comfortable with who they are, and celebrated Muslim identity Thursday, Oct. 6, as part of its annual Eid Al-Adh’ha holiday banquet.

“The video was a fun time. It was great making jokes but enlightening those on Islam and what it means to be an American Muslim,” MSA member Aisha Marfani said. “Often times we might have to hide who we are or our religion, but throughout my time at Towson when I fully showed myself as a proud Muslim, I was just as accepted.”

Eid Al-Adh’ha commemorates Ibraham’s (Abraham’s) willingness to sacrifice his only son to God. It also marks the end of the annual pilgrimmage to Mecca, which all Muslims are required to make at least once in their lives, called the Hajj.

Fellow MSA member Merim Karailo said that the humor in the film made its ideas more accessible.

“It was fun and exciting and a great experience,” Karailo said. “The comedy made people feel better. When people are laughing with the video, they’re more involved.”

Approximately 350 people attended the banquet, held in the Chesapeake Ballrooms. It began with the fourth prayer of the day, Maghrib and an introduction by MSA advisor Sanaullah Kirmani, who explained that Eid celebrates the happiness that follows pilgrimage to Mecca.

“In order to truly be free, you have to be a slave,”he said in reference to submitting oneself to God’s will. “What are we willing to give up in order to bring about truth, justice, mercy and compassion?”

Helping Hand for Relief and Development representatives Naveed Ahmed and Haseeb Khan sold shirts and bracelets to benefit places like Palestine, Syria, Haiti and Nepal. “Something as simple as getting a bracelet can help others,” Ahmed said.

Towson alum Adam Butt read an excerpt from the Quran entitled “Surah An-Nahl,” which translates to “The Bees.”

Between speakers, guests were invited to participate in raffles, Arabic calligraphy, henna and eat from a large buffet filled with falafel, masaqua, chicken kabob, and veggie and meat goulash.

“The banquet was fun. I love dressing up, meeting old friends and new and eating food. It’s a great time,”  Marfani said.