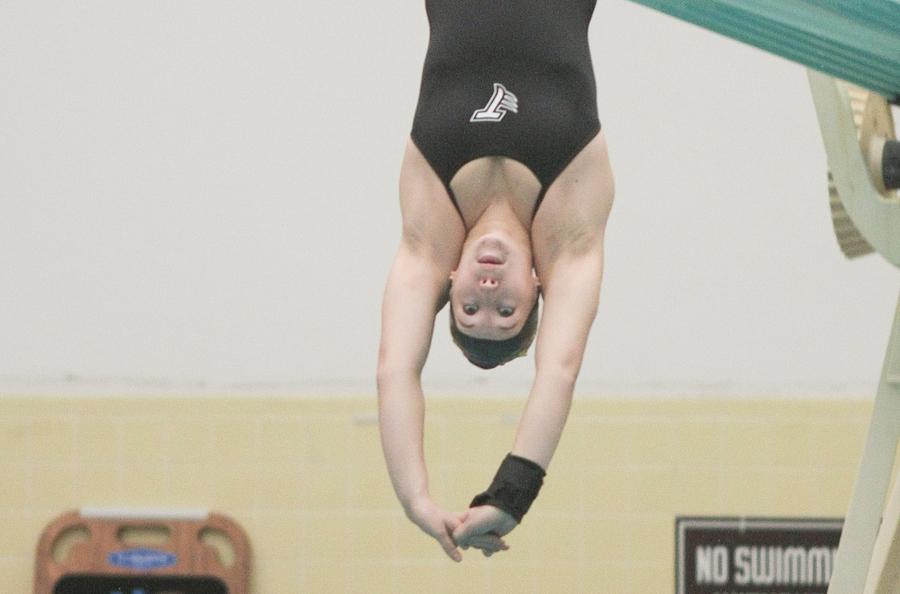 Its performance was highlighted by senior Lyndsey Dickson and junior Natalee Szopo, who qualified for the finals in both the one-meter and three-meter events.

“That final event was one of the best I have seen in years,” Diving Coach Maureen Mead said. “It was a top notch competition, and to have three of our girls in the finals was nice to see.”

Dickson’s fourth-place finish in the three-meter dive was the best from a Tiger all weekend. Szopo claimed fifth in the same event with Ostrem and Arceri making the consolation finals. Ostrem won the consolation finals, good for ninth overall. Arceri was the runner-up in those same event, giving her a 10th place finish overall. Profeta took 18th in preliminaries with DiGilio in 20th.

Mead said he felt that the experience of the CAA Championship is crucial to the diver’s development, especially DiGilio.

“It’s huge going into the next three years,” Mead said. “We will be making a ton of changes to her lift. It’s great to see her make consoles, but to make those really big dives you have to get good push off of the boards and she doesn’t have that quite yet.”

On the men’s side, senior Philip Forrester took sixth place in the consolation finals of both the one-meter and three-meter events to finish 14th overall. Freshman Nick Essing was knocked out in the preliminary rounds, coming in 17th place in both events.

Both of the men who competed were swimmers just months ago. According to Mead, Essing was a diver in high school and volunteered his services throughout the season because the Tigers are without a diver on the roster. Forrester stepped up a few months ago.

“Phil only decided to dive in January,” Mead said. “He learned a whole slate of dives and went out there and competed…He’s a senior, and he just wanted to help out the team.”

Dickson, Arceri, Szopo and Ostrem will now prepare for the NCAA Zone Meet which will take place from March 8-10.

The CAA Championships will continue on Wednesday with the swimming portion set to begin at 6 p.m. in Richmond, Virginia.