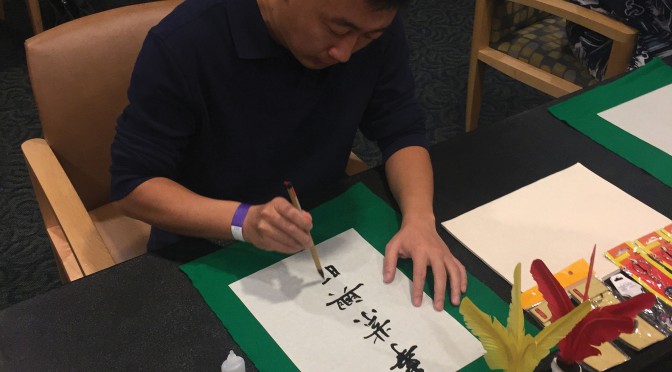 ELC Director Lynda Mermell said that the ELC not only strives to strengthen its students’ language skills, but their cultural awareness as well.

“It’s so important to bring people here for this exchange,” Mermell said. “I think that in not just our school, but in any school, you’ve got to have this interaction and dialogue between all the different cultures.”

Founded by James Cook in 1985, the ELC works to help improve the English competency of international students from over 70 countries in order to prepare them for higher education, better jobs in their home countries or for a more fluid adjustment to life in the United States.

The program offers six levels of English, from basic through pre-graduate school, according to Mermell.

Mermell said that the program has grown enormously in size, with around 160 total students currently enrolled.

One of the goals of the program is to create a sense of community and family among its students and faculty. Mermell described the members of the program as a “Thanksgiving dinner family,” who, despite some disagreements, come together as a community to embrace each other’s cultures.

The program itself has an important place on campus, according to Mermell. She expressed her wish that Towson put more effort into promoting globalism.

“It’s not enough to send Americans to study abroad in other countries, I think we need to bring students here,” she said.

Level five ELC student Julio Ramos, from Peru, attended the event and recognized the importance of the English Language Center to both international students and to Towson University.

“I think ELC is an organization that embraces different cultures to provide this type of education,” Ramos said. “I’m really happy to be a member of this organization which allows me to have the opportunity to let everybody know that [the ELC] will exceed farther beyond everybody’s imagination.”

In the future, Mermell hopes that the program will begin to further diversify. Most of the program’s students come from the Middle East, but the ELC is currently searching for more students from Africa, Central America, South America and Asia.

“People coming from different parts of the world need this type of education,” Ramos said. “Towson will embrace them.”