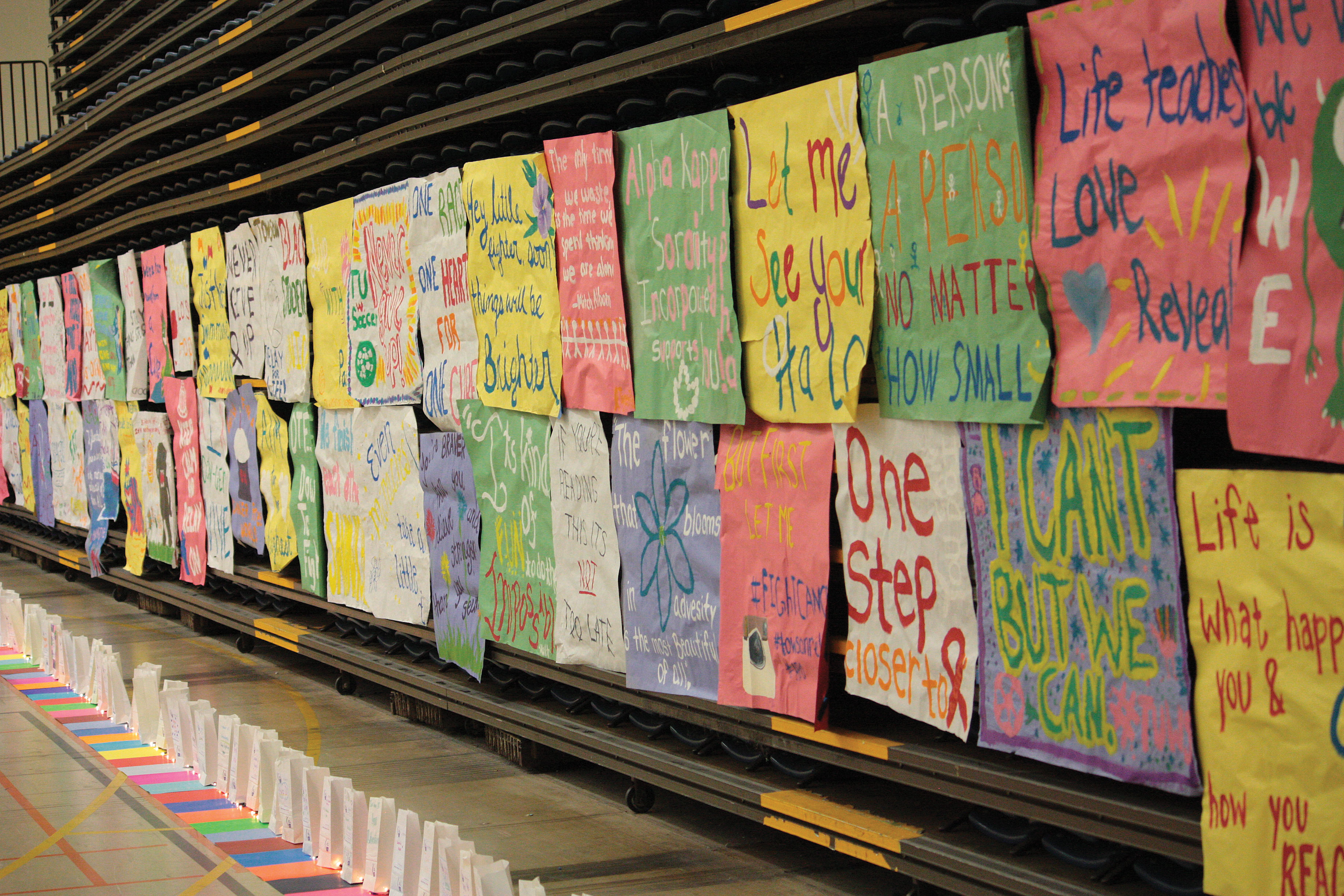 Towson University community members raised $36,000 to donate to the American Cancer Society this year as part of the University’s seventh annual Relay for Life fundraiser and remembrance event, held May 6 from 6 p.m. until 6 a.m. in the Towson Center.

The event began with the opening ceremony at 6 p.m., followed by the first survivors lap, where all cancer survivors present did an honorary lap around the track. After the initial lap, they are joined by caregivers, committee members and then everyone else participating that night.

“We have tons of games, giveaways, and other activities throughout the night,” TU Relay for Life event directory Cristal Willis said. “So even though things get kind of sad and emotional, we never forget that we’re all there to promote hope and show support for each other.”

According to Willis, all donations go toward supporting cancer research, patient programs, and the Baltimore Hope Lodge, which provides free lodging for cancer patients who can’t afford residence while being treated in Baltimore. Donations are open until the end of August, however, so it’s not too late to contribute for those who couldn’t make it out last weekend.

The Luminaria Ceremony is held each year around 9 p.m.

“The lights are turned down and we all sit at our campsites to listen to speeches from survivors and caregivers about their experiences with cancer,” sophomore mass communications major Kacie Haines said. “After that, the bags surrounding the gym with the names of people who have passed away or battled cancer are lit up, and we all take a silent lap around the track in honor and remembrance of those people. I promise there wasn’t a dry eye in the room this year.”

Freshman Lianna Reisman echoed Haines’ sentiments about the unity of the evening.

“My favorite part about the whole thing is that these people are voluntarily giving up their time to be here and show their support,” Reisman said. “Whether you’re here for a few hours or the full 12, participating is such a rewarding feeling. It helps you realize that no matter how hard it gets, none of us are really alone in this fight.”