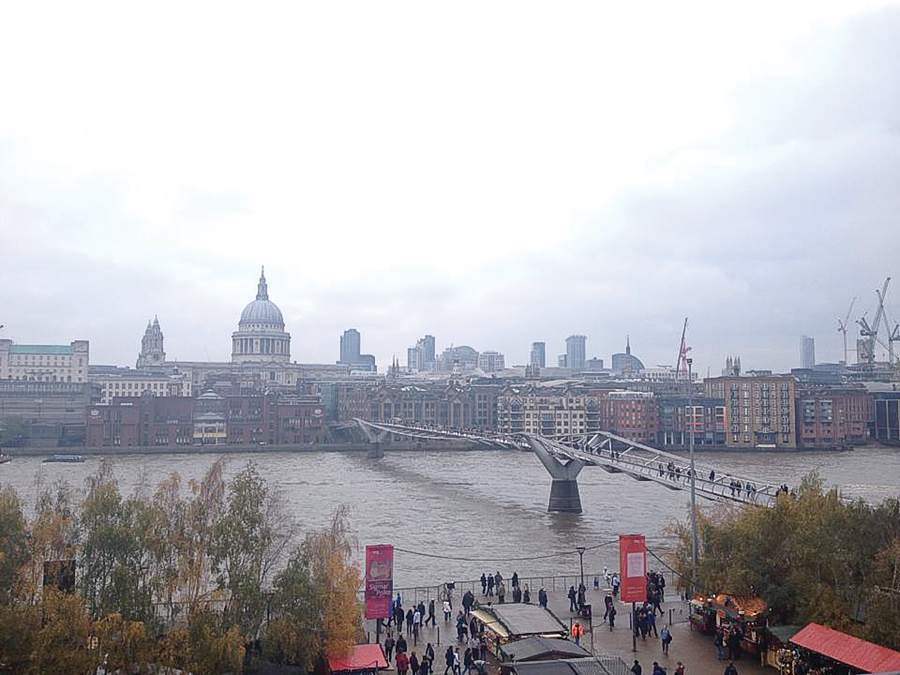 Over my past few weeks in London I’ve been trying to explore parts of the city I’m unfamiliar with, instead of just sticking to my bubble in Kensington. This week consisted of more music, more photography and another visit to Tate Modern.

I’ve been to two concerts in London: The 1975 and Ed Sheeran. Both shows, albeit incredible experiences, took place in massive venues with 10,000-plus people in the audience. As such, I’ve found myself missing tiny bar venues in Baltimore such as The Ottobar. So when I was invited to see a band called MassMatiks at a small pub in north London I just about jumped at the chance. The basement area where MassMatiks performed was small but still comfortable, and the walls were layered in posters and stickers. I instantly felt right at home. Seeing a local London band made me appreciate the city’s artistic offerings even more than I already do. Not only that, it was very inspirational to see how obviously passionate the band is about performing.

But as you can imagine it’s not very easy to get close enough to a street performer without drawing attention to yourself or making the performer feel uncomfortable. Because of my timidity my first two rolls of film did not turn out exactly the way I wanted. But I pushed myself outside of my comfort zone to get closer and talk to the musicians more. Even though I haven’t yet developed my film, I have a good feeling that these photos are going to be very strong.

I also thought another visit to Tate Modern was necessary. I didn’t get to see all the art I wanted to see the first time I went, so the second time around I tackled floors two-four. That may not sound like a lot, but I got to see more of Picasso’s pieces, a Jackson Pollock and some powerful photographs of Syria by the photographer Hrair Sarkissian.

With less than three weeks left in London, I’ve started to take note of the things I still want to do while I’m here. I can’t believe how easily time has slipped away from me, and my list is somewhat lengthy. I’ve heard great things about “Matilda The Musical,” so I would love to go see that. I’ve also yet to go on the Harry Potter Studio tour so that’s at the top of my list as well. But all of those bucket list items will have to wait for now, because this weekend I’m off to Scotland for more adventure.