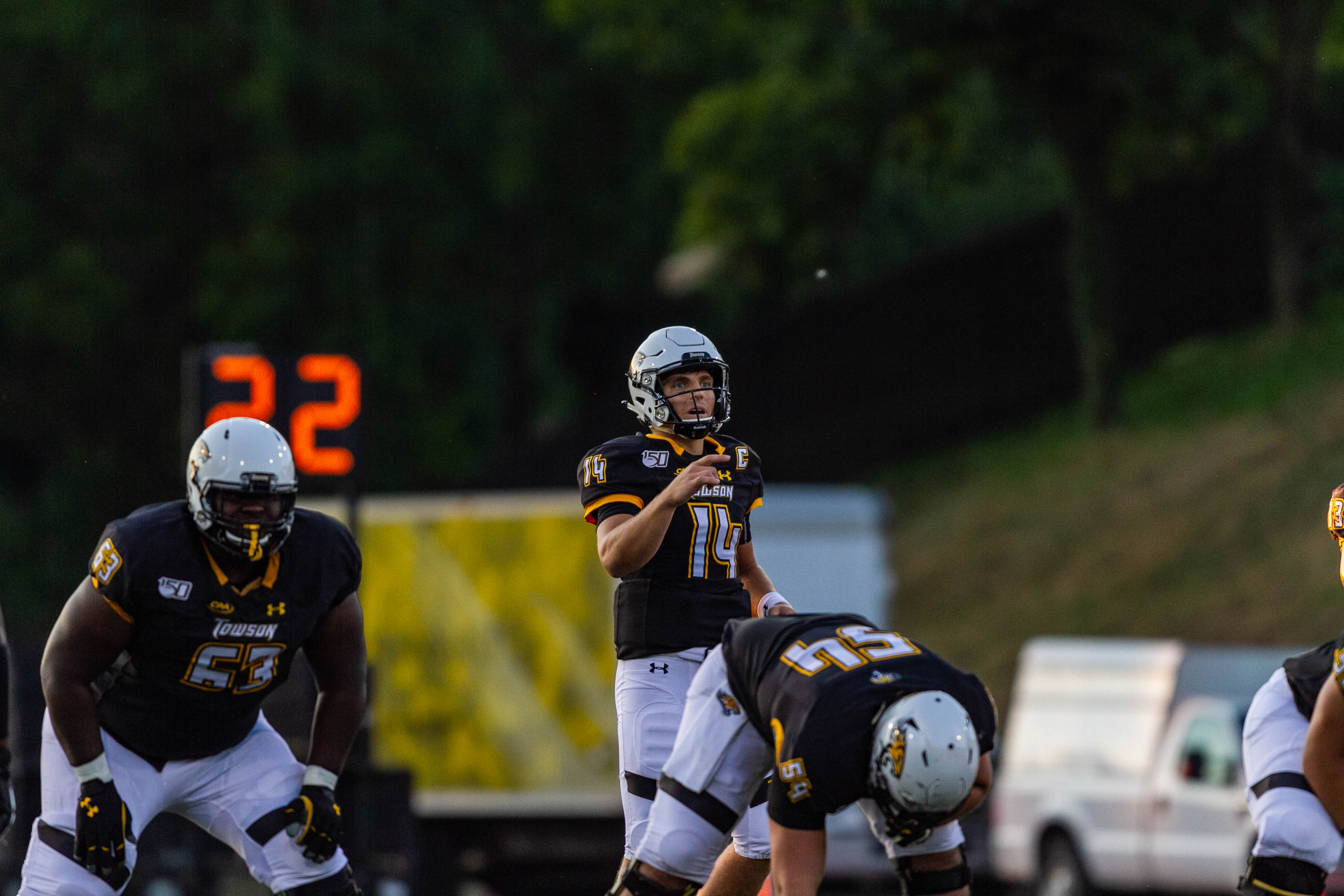 Towson had opportunities to gain some early momentum, but as they failed to capitalize, the Dukes took advantage, defeating the Tigers 27-10. No. 2 James Madison (8-1, 5-0 CAA) scored the final 20 points of the game to give No. 16 Towson (4-4, 1-3 CAA) their fourth loss in five games.

Midway through the fourth quarter, redshirt senior wide receiver Shane Leatherbury was involved in a violent collision with a defender and left the game after his helmet was jarred off. He did not return to the game.

“He’s done an extremely good job under duress. Some critical injuries to guys that would be supporting him.  He’s faced a ton of double coverage. His work ethic in the offseason is second to none.”

The Tigers drove down to the Dukes 30 yardline, but senior kicker Aiden O’Neill missed a field goal. James Madison ran out the clock to secure their eighth victory of the season.

Towson faked a punt on fourth down but did not convert; however, a sack by redshirt senior linebacker Malik Tyne forced a punt on the Dukes next drive.

Towson’s defense forced James Madison to kick field goals after driving down inside the Tigers 5-yard line twice. These red-zone stops gave Towson’s offense chances to get back into the game.

“It’s a momentum changer, it’s a point changer,” Ambrose said. “The goal was to try and get these guys into the fourth quarter without making mistakes and make them play a whole 60-minute football game. We could not turn the ball over and could not give up big plays. When we didn’t do that, it was a back-and-forth boxing match.”

The Tigers’ offensive line struggled in pass protection. They gave up seven sacks and forced redshirt senior quarterback Tom Flacco to extend plays by himself which rarely resulted in positive gains. James Madison has one of the top defensive lines in the FCS, and Ambrose knew the challenge they presented.

In the second quarter, redshirt junior wide receiver Caleb Smith caught a 38-yard pass inside the Dukes 40-yard line, setting up Towson’s first touchdown of the game to redshirt junior tight end Jason Epps. The Tigers held a 10-7 lead, their only lead of the game.

The Dukes would retake the lead on the following drive, a lead they would not relinquish.

Following a field goal by O’Neill in the first half, the Tigers lost redshirt senior linebacker Robert Heyward as he was ejected on the ensuing kickoff. Heyward attempted to tackle the returner but lowered his helmet towards the returner’s neck and immediately a flag was thrown.

The Tigers return home to Johnny Unitas Stadium on Saturday, Nov. 2 against the Delaware Blue Hens. Kickoff is scheduled for 2 p.m.

“We just spent the last two weeks to get right,” Ambrose said. “How we practice, how we work for each other. I told them last week we were building something for the rest of the year. It’s gonna give us a chance to keep playing football, that’s why we’re here.” 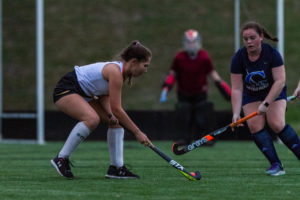 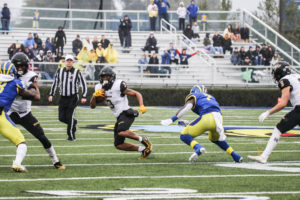