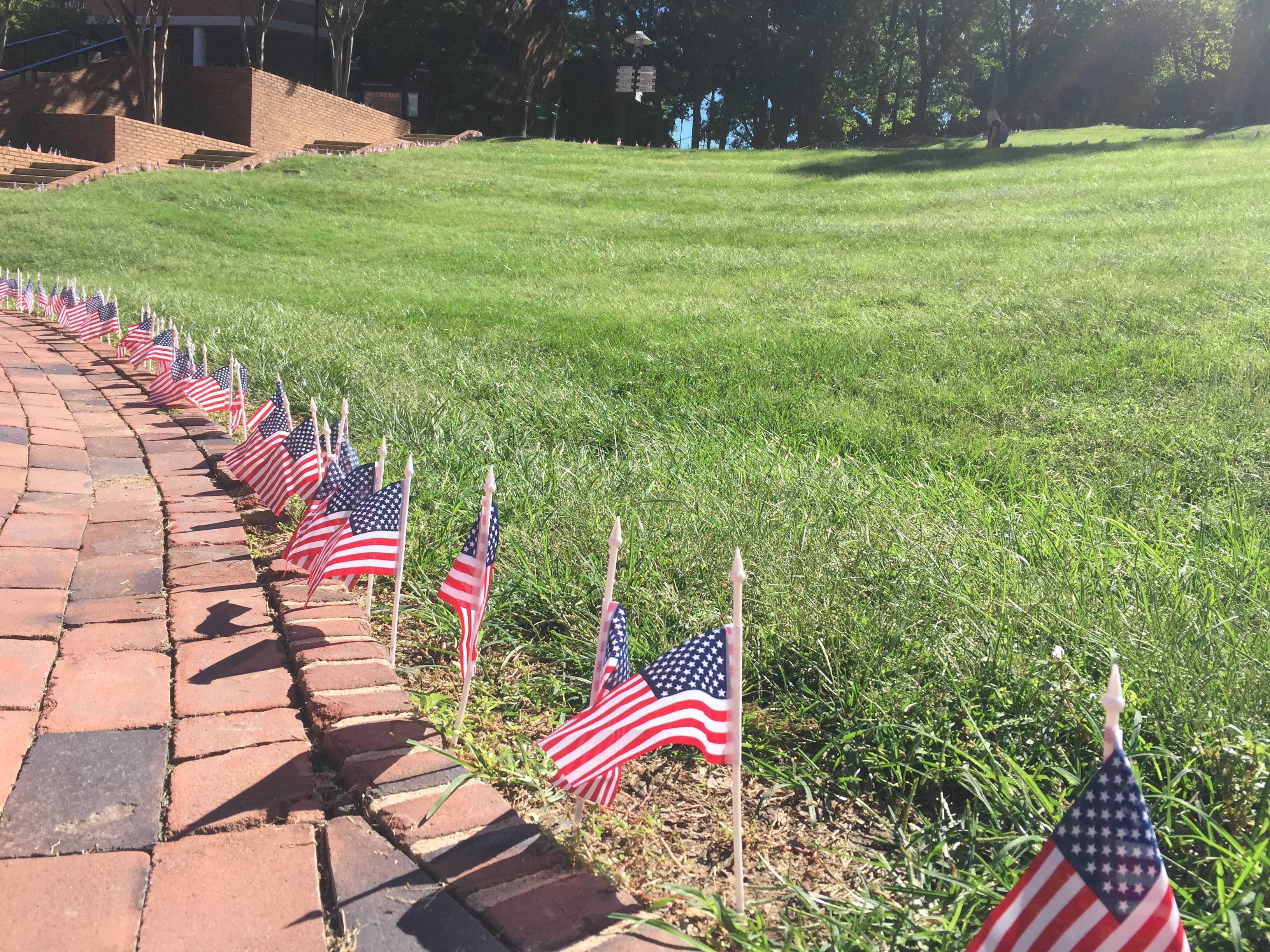 On September 11, 2001, I was in my first grade classroom, minding my own business, when an announcement came and I was asked to go to the office to go home early.

I walked down the hall, a little confused (because I didn’t know what was going on) when I saw my mom waiting for me. She didn’t waste any time in getting me outside and to the car.

I don’t remember the exact conversation. She told me that something bad was happening in New York and that she wanted our family to be together.

I remember going home and watching the TV for a little bit, before my parents eventually decided that they didn’t want me to see what was going on as the towers fell and images of flame, death and destruction played on repeat.

I remember my parents explaining to me that, because we lived near Ft. Detrick—a big military base and medical research center—that we’d be safe from any kind of attack.

I remember going back to class the next day and asking a girl in my class if she could believe what happened. Her parents hadn’t told her…I probably ruined that day for her.

I remember that, for months afterward, we’d occasionally see an armored tank driving on the paths around Ft. Detrick that were visible from some of the roads in Frederick.

I remember not really understanding what was happening that day, that week, that month or that year.

I knew there was a war going on. I knew some people were protesting that war. But I was young and was going to continue being a child.

Now, on September 11, 2016, I’m sitting in my apartment writing and thinking about what’s happened, politically, since the terrorist attacks 15 years ago.

I’m thinking about the major changes to airport security and how, despite it all, I’m just the slightest bit afraid to fly to Denver in a couple of days.

I’m thinking about the thousands of people who have died—soldiers and civilians—in the Middle East and how I desperately wish none of them had to.

I’m thinking about the night President Barack Obama announced that Osama bin Laden was killed, and how I felt Proud To Be An American that night and got goose bumps as I walked to my parents’ bedroom to tell them to check the news.

I’m thinking about some of the hateful language that’s been tossed around since the towers fell and the Pentagon was attacked and how exhausted I am of hearing slurs and baseless attacks.

But, most of all tonight, I’m thinking about how scary it must have been to be a parent on 9/11.

For the first time, it’s hitting me why my parents wanted us all to be home when the attacks were happening. Yeah, it would have been scary if there were a small-scale attack at Ft. Detrick, and it would have been nice to avoid post-attack confusion.

But I can’t help but think that my parents evaluated what was going on and thought that, just maybe, there was a small chance that the attack was coming from somebody or some group with the capability to wipe out our entire city.

On September 11, 2016, I’m thinking about how my parents must have thought there was a possibility that we would all die on 9/11. A possibility, however small, that was big enough that they wanted us all under the same roof.

On September 11, 2016, I’m thinking about how scared my parents must have been the whole time, but how calm and collected they appeared so that my siblings and I wouldn’t be.

On September 11, 2016, 15 years after the deadliest terror attack on U.S. soil, I’m doing my best to think about the helpers instead of the attackers and the fear.

I will go to my deathbed an optimist. I believe, firmly, that our world is getting a little bit better every single day. And the first responders, the volunteers, the people who showed up to work the next day, the protesters who fought for restraint—all of those people give me hope.

Fifteen years later, fifteen years into the War on Terror, on September 11, 2016, I’m doing my best to think ahead, instead of thinking back and being afraid.