Welcome back from the long weekend, fellow Tigers! After having a three-day, or if you’re #blessed like me and don’t have Friday classes and scored a four day weekend, it can be more than upsetting to face lectures, labs and 15 minute walks across campus to your next class.

But fear not, because soon it will be the weekend once again and you can spend it watching Netflix while eating cereal in bed…or is that just me?

Netflix houses some of the best shows and movies, and it has slowly become an independent powerhouse over the past few years for its critically acclaimed Netflix Original Series. I’m pretty sure everyone has watched at least one episode of “House of Cards” and “Orange is the New Black” to see what all the hype was about. I guess winning Emmys wasn’t enough for Netflix because now the company is venturing into new territory and releasing its first feature film.

The trailer for the new film, “Beasts of No Nation,” dropped this weekend on Netflix’s YouTube channel and has already been viewed over two million times.

Featuring the dreamy and amazingly talented Idris Elba and introducing Abraham Attah, the story follows the life of Agu (Attah) and how it was drastically changed when he encountered Commandant (Elba), who forced him to become a child soldier during an African civil war. The trailer for the film is only two minutes long, but it promises powerful scenes, tons of action and a heartbreaking tale of a child just trying to live another day.

It is obvious by its past works that Netflix doesn’t take the well-known path, and instead strives to achieve greatness by challenging what the common norm is for entertainment.

They take something that has been done hundreds of times before, and completely flip it and create something unique, addicting and award-winning. I have no doubt that “Beasts of No Nation” will be the same.

The movie officially releases to select theaters and Netflix on Oct. 16 and I’m already planning the popcorn I’m going to make. 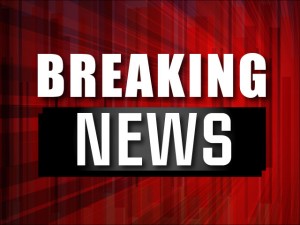