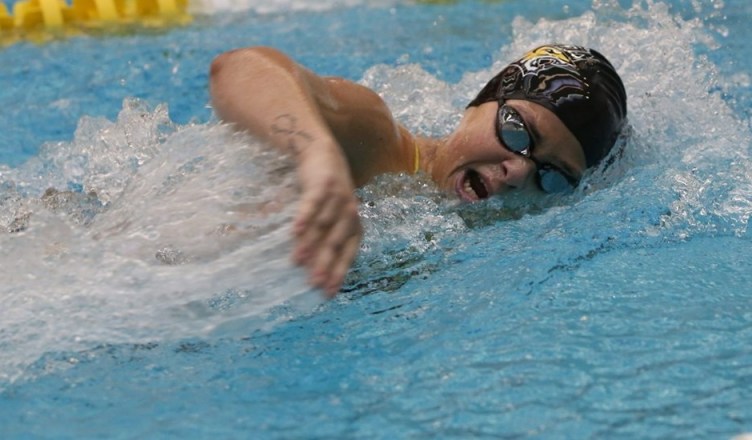 For the women at the Technotational, junior Zeynep Balto led the Tigers Friday by placing third out of 18 swimmers in the 500-yard freestyle with a time of 5:00.67. Freshman Lauren Cavanaugh placed eighth in the 200-yard individual medley final.

The next day, sophomore Maddi Mangum won the B final of the 100 fly with a time of 56.47 seconds, finishing ninth overall. Later, Mangum set another personal best by placing fifth in the 100 back final in 57.51 seconds. Junior Caroline Batista and sophomore Katie Larkin went on to finish first and second in the same event’s B final, respectively, and ninth and 10th overall.

The men’s best result at the Technotational was a 14th-overall finish by sophomore Tommy Whitman on Friday, who touched the wall in 22.29 seconds to give him a sixth-place finish in the B final.

Head Coach Jake Shrum was impressed with several of the individual contributions throughout the competition.

“We were really happy with how those people performed down there,” Shrum said.

“There was a lot going on coming into it, but they did a great job on focusing on themselves,” Shrum said.

Up next for the Tigers is the Colonial Athletic Association (CAA) Swimming and Diving Championships at the Christiansburg Aquatic Center, which run February 14-17.