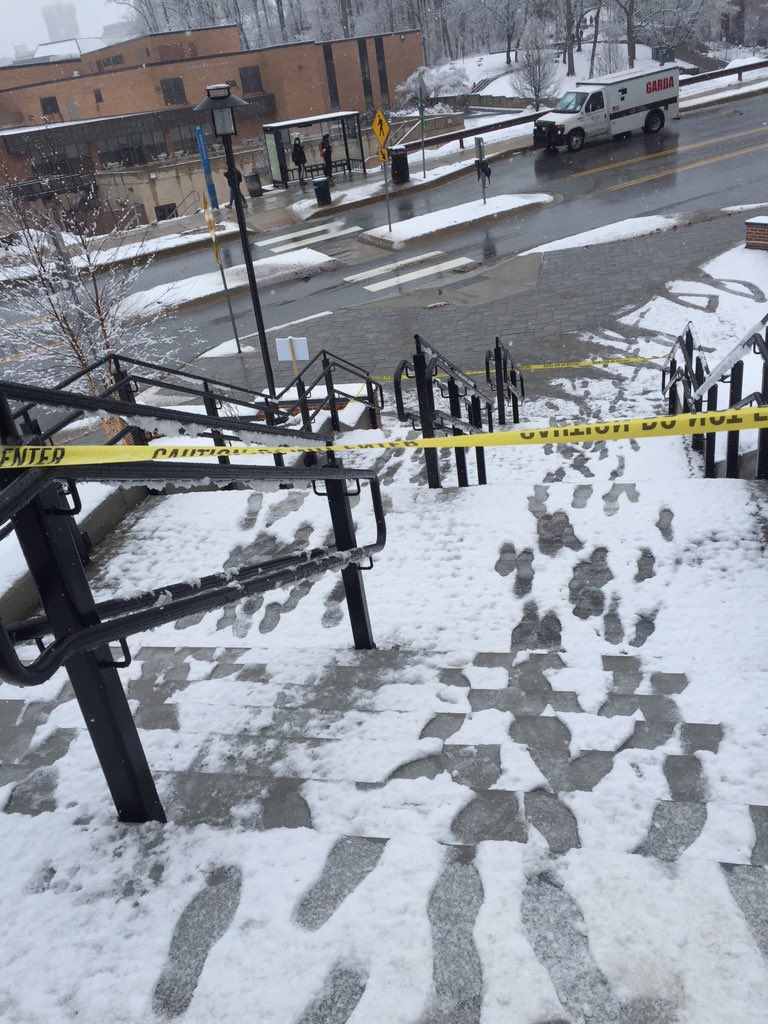 After a bout of snow Tuesday morning, many students took to social media to express their dissatisfaction with the way the situation was handled by Towson University.

During the snow, shuttle routes were temporarily suspended and garage roofs were temporarily closed. Students also expressed concern about a lack of campus communication and the fact that campus remained open, with no delay due to weather.

Dear Towson, next time you know its gonna snow please put salt down BEFORE it starts to snow

Just one more wonderful decision by the idiots at Towson to not delay today when I have 3 inches of snow. They don't care about commuters

According to Director of Communications Ray Feldmann and Vice President of Administration and Finance Joe Oster, yesterday’s weather situation was unique in that the shutdown was only temporary.

“Given the fact that this was sort of an unexpected microburst that forced the shuttle operations to get off the road, we just felt the most important thing was to get information out to students as quickly as we possibly could,” Feldmann said. “We felt that NextBus and Twitter were the most efficient and expeditious ways to get it out.”

Throughout the day, there was also an “interactive dialogue” over social media between students and administration, according to Feldmann.

@bsacks94 We understand and appreciate what you're saying about communication today. Thank you!

Shuttle services were suspended for about an hour Tuesday morning.

According to Director of Parking and Transportation Services Pam Mooney, the shuttles were running on schedule all morning until the sudden microburst of snow fell around 10 a.m.

“We had our drivers calling in that they were having trouble,” Mooney said. “We said we needed to suspend services because we wanted to make sure we could move around as safely as possible.”

Shuttle information was placed on the NextBus app and on the Parking and Transportation website. Because of how quickly the storm passed, some notifications were able to get out, while others were not, according to Mooney.

University garage roofs were open before the storm and were mostly full throughout the morning. When the snow hit, cars were temporarily suspended from parking on the roofs.

Garage roofs can freeze faster than surface parking lots because a garage roof has two exposed surfaces, so roofs were closed to allow for retreatment for snow and ice.

During snow events, commuter students are encouraged to park in the Towson Center, where there is ample space to park during winter weather, Mooney said.

Associate Vice President of Facilities Management Kevin Petersen emphasized that all decisions made during yesterday’s weather event were made with campus safety in mind.

“Facilities and the University as a whole do our best to make everyone as safe as possible,” Petersen said.

Because the temperatures were too high to pretreat the roads early in the morning, facilities crews instead salted the walkways in preparation for the snow. According to Petersen, if the temperatures are not low enough, pretreatment will wash away on the roads.

After the microburst hit, crews salted again to make them safe for people to access campus roads and walkways.

One area was noticeably not treated–at least on Twitter. The newly-finished stairs outside of the Center for the Arts were temporarily closed, instead of salted.

According to a tweet from Towson University, the stairs were too new for the concrete to be treated with salt, so they had to be closed.

Petersen, Mooney, Oster and Feldmann all felt that despite the mid-morning snow conditions, it was still right for campus to stay open for the day.

“At the time that we were looking at the storm [Tuesday morning], it was breaking up,” Oster said. “Temperatures were in the mid-to-upper 30s. We felt as though those conditions did not warrant a closure. Other than the microburst, the entire day was incredibly manageable.”

Students are advised to monitor the Parking and Transportation website, the NextBus website, Towson University email and university text alerts, because those are the main channels used by the university during winter weather events.

Students are also asked to be patient during weather events and to plan commute times accordingly when on-campus and off-campus routes are affected.

About the storm, Mooney said, “They don’t happen very often, but when they do, they can be rough. They can almost be over as quickly as they start, and they can wreak havoc in a very short period of time. That’s really what happened with yesterday.”