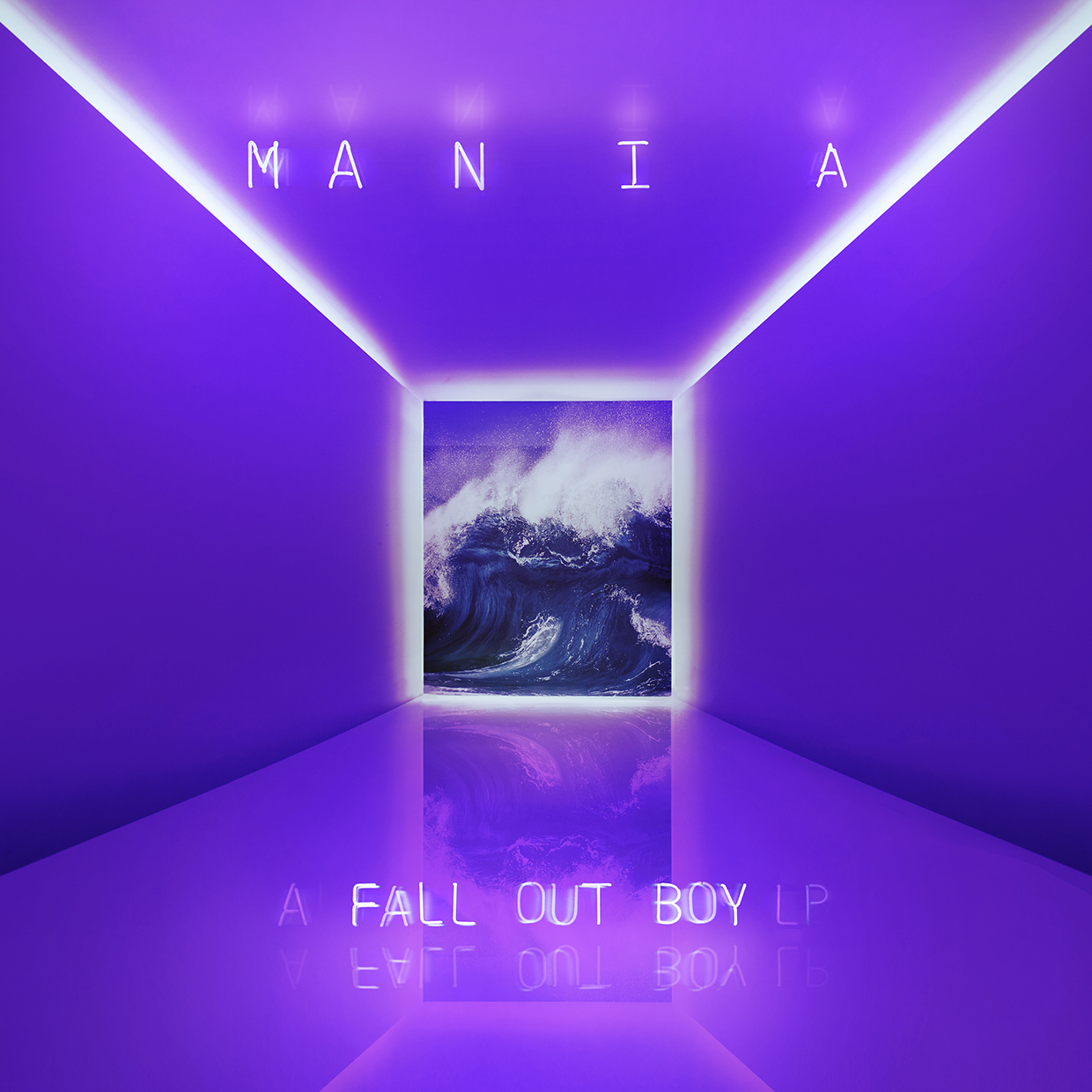 Fall Out Boy has been one of the more interesting bands to follow over the past few years. They came to prominence in the mid-2000s with their unique blend of pop punk and emo sensibilities, but have changed their sound drastically since 2010. They began to tinker more with their sound to suit a more pop-centric audience, which caused a shift in their target demographic. Speaking as a fan of pop punk, I don’t necessarily dislike their change in style; however, I would be lying if I said they were without faults. Their more recent albums, “Save Rock and Roll” and “American Beauty/American Psycho”, were semi-underwhelming when compared to their earlier work. While there are good songs on both records, each seem to be primarily centered towards pop rather than rock. Therefore, going into this new album, “Mania”, I have to look at it from both the pop and rock perspective. So how do they hold up?

From a rocker’s perspective, this is probably not going to be the most pleasant album by any means. If you miss songs like “Sugar, We’re Going Down” or “Dance, Dance,” there aren’t many sounds of that nature to be found in this record. It seems as if Fall Out Boy has spent the last few years fixing elements of their sound that weren’t broken to begin with. The guitar accentuations of this band’s pop punk years have been traded in for a more electronic feel. While bands like Radiohead incorporate electronic music into their sound, this record can seem a bit clunky in places. If you’re skeptical about the band’s pop leanings, this won’t necessarily be the album to convert you.

However, for a pop listener, this album has some bright moments that shine through when measured against the pop music of today. Songs like “Heaven’s Gate” and “Wilson” show that this band has not forgotten how to write a hook. But some of the singles like “Young and Menace” aren’t going to be for everyone, including myself. This song has a good groove but is taken out of it whenever the chorus kicks in with an effect that I could describe as lifted from the voice modulator for the “Alvin and the Chipmunks” movies.

Given the albums pitfalls, I can say that this record has something very few pop acts possess right now: identity. While the tone may be disjointed in places, this album certainly isn’t the worst that the band has made and can be very enjoyable if you’re in the mood for a darker spin on Fall Out Boy’s pop sound. It’s by no means a masterpiece, but is good for what it is.