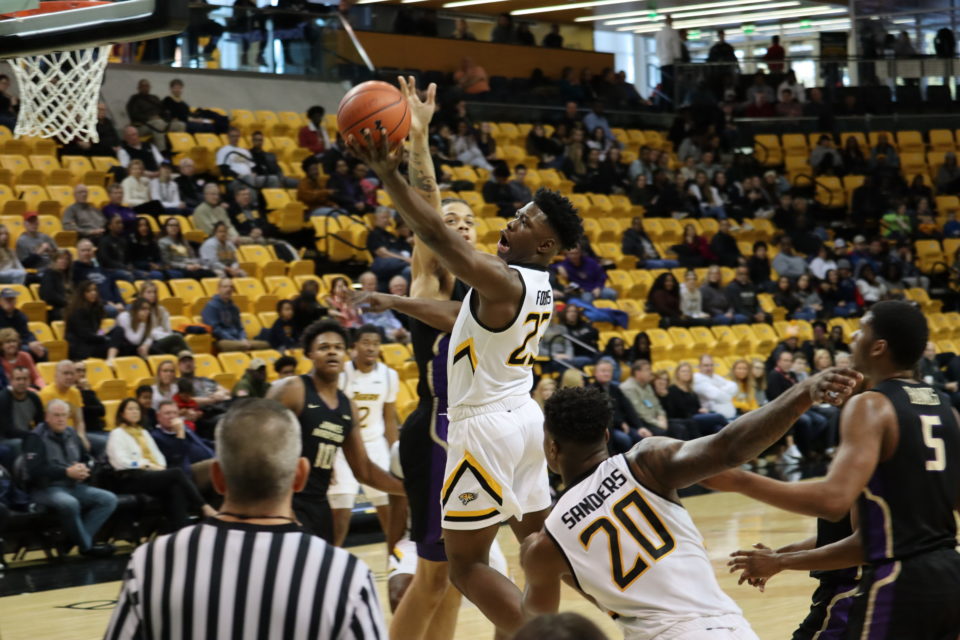 Towson  kicked off its three-game homestand with a victory against James Madison in a Colonial Athletic Association (CAA) matchup Saturday afternoon at SECU Arena.

Junior guard Brian Fobbs was  extremely efficient with 29 points on 11-of-15 shooting to lead the team on the offensive end in the 66-59 win.

“Any time you can get 29 points on 15 shots, that’s impressive,” said Head Coach Pat Skerry. “His passing was good, and they had no answers for him.”

This marks the second time in the last three games the Tigers have made  at least half their shots.

All nine players who checked in the game for the Tigers scored at least one point, including nine from both redshirt senior guard Jordan McNeil and redshirt junior forward Nakye Sanders. Senior center Tobias Howard added eight points as well

Towson’s offensive performance was solid, but the team’s suffocating defense secured the win..

“When you take good care of the ball, we’ll get good shots. Execution is always the answer,” Skerry said. “Our defense was excellent today and that’s where we pride ourselves.”

Dukes redshirt junior guard Stuckey Mosley caught fire with a trio of made three-pointers in the first half before getting shut down by the Tigers.

Towson held Stuckey to only 14 points while shooting 5-of-18 from the field and 4-of-12 from three.

Towson was able to hold the Dukes scoreless for over seven minutes during a stretch between both halves.

Next, Towson’s homestand continues as the Tigers host Delaware on Thursday, Feb. 14 at 7 p.m. and Drexel on Saturday, Feb. 16 at 1 p.m. at SECU Arena. Saturday’s game is the team’s annual Autism Awareness game.