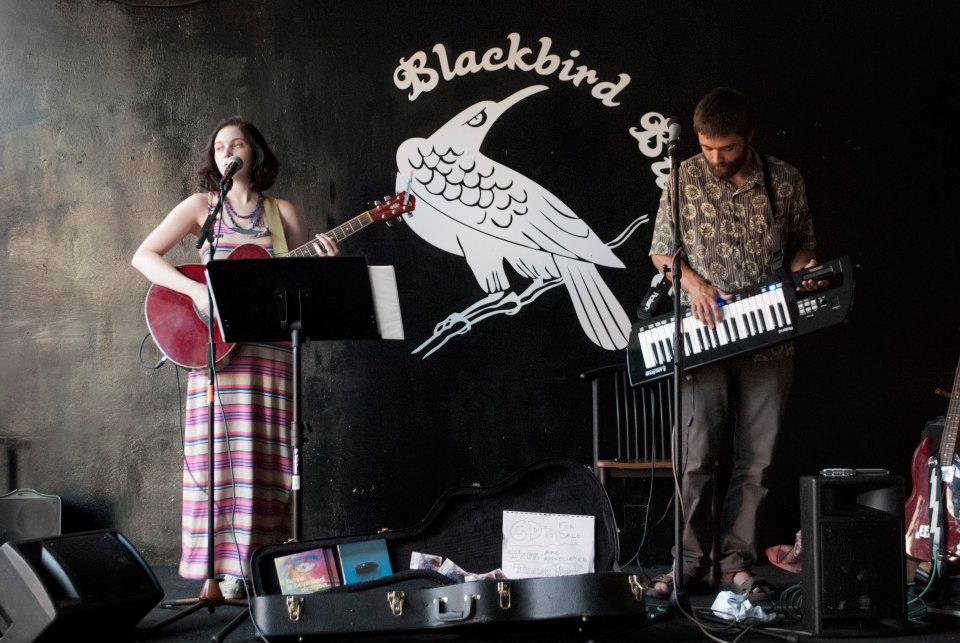 Senior business major Danny Garrett has been busy the last few years, simultaneously playing music and doing schoolwork. He and his sister, Molly Garrett, who is a student at Harford Community College, have spent the better part of their time off from school touring the United States and playing shows in the band “Electric Molly.”

Although Electric Molly hasn’t released an official album yet, both of the Garretts have solo albums. Danny Garrett is also currently recording an album where he plays all of the instruments on every song.

“It’s taking a long time because it takes a while to record on things that I am not used to playing all of the time,” he said. “I am also learning how to play drums, which is an endeavor.”

Due to Danny’s school schedule, he had to wait until summer to tour out west.

While on tour, the Garrett duo camped or stayed with family members. They took Molly’s Honda Fit all the way to Arizona. During the trek to Arizona, the Garretts invented games as they went.

“We made up a game where we had to improvise five minutes of stand-up comedy, and Molly was the only one who would do it,” Danny Garrett said.

Although he missed the first tour, Walsh Kunkel came with the Garretts on the second tour. They took the same cramped Honda Fit all the way to Utah, only this time there were three people instead of two.

“We had a stack of guitars in the trunk, so many instruments, clothes, a tent, my giant pile of books,” Molly Garrett said. “The destination of our second tour was our family reunion in Utah. Walsh got a t-shirt that said ‘Garrett Family Reunion.’”

“He’s in our family portrait,” Danny Garrett said. “Walsh is an honorary member of the family.”

This summer, Electric Molly plans to tour the U.S.

“We are definitely going to go to Yellow Springs, Ohio,” Danny Garrett said. “It’s where Dave Chappell lives—Dave Chappell and lots of hippies.”

Electric Molly plays Jan. 15 at the Main Street Oyster House in Bel Air, Maryland and plans to release a new album this summer.

In the meantime, be sure to look out for Danny Garrett and Molly Garrett’s solo albums “Raisin the Roof” and “I Have a Bearded Dragon,” respectively.