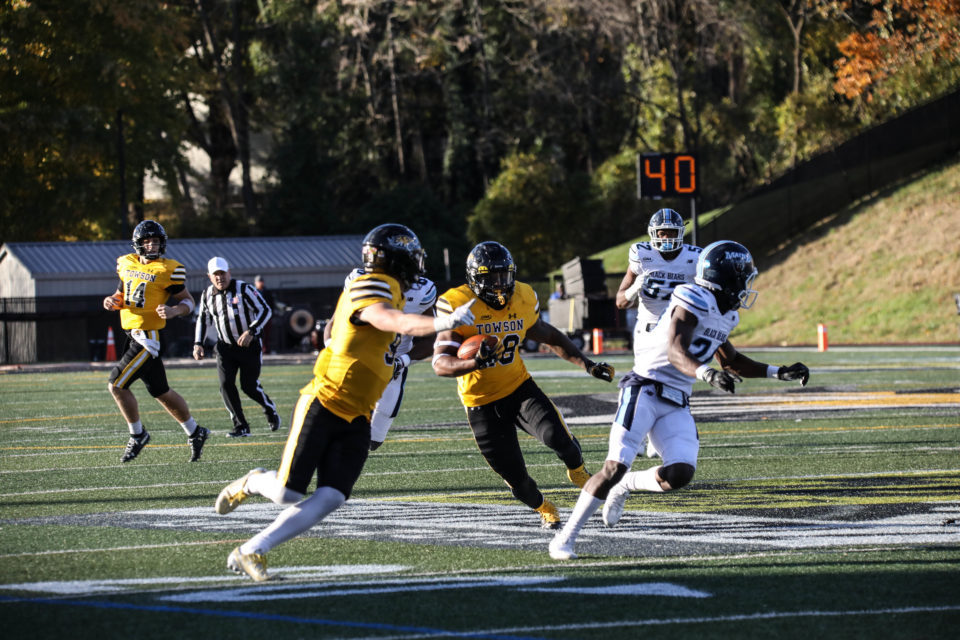 The No. 8 Tigers travel to Orono, Maine for a top-10 matchup against the defending Colonial Athletic Association (CAA) champion, No. 9 Maine Black Bears. Entering this season, Towson (2-0) was predicted to finish second in the CAA, while Maine was predicted to finish third. Last week, the Black Bears (1-1) faced Georgia Southern from the FBS, and fell on the road 26-18.

Maine scored the first points of the game on a field goal after a 15-play drive, then the Eagles scored 23 unanswered points. The Black Bears scored 15 points in the fourth quarter, however, came up short.

Junior quarterback Chris Ferguson leads Maine with 709 passing yards and four touchdowns in two games. Redshirt senior running back Emmanuel Reed has 115 rushing yards and two rushing touchdowns, scoring at least one touchdown in each game this season. The top receivers for the Black Bears are senior Jaquan Blair with 218 yards and sophomore Devin Young with 175 yards. Senior wide receiver Earnest Edwards is third with 157 yards, however, last year he had 74 yards and two touchdowns vs Towson.

On defense for Maine, senior defensive back Joshua Huffman leads the team with 13 tackles while junior linebacker Jaron Grayer has 12. So far, no Black Bears defender has recorded a sack or interception. Senior defensive back Manny Patterson had the most interceptions of returning players last year with three. Last season, senior defensive lineman Kayon Whitaker had 9.5 sacks, the most of any returning players. This game could come down to special teams and if the Black Bears have to attempt a field goal, junior kicker Kenny Doak has only made one of his three attempts in 2019.

The last time the Tigers faced Maine was last year during Towson’s homecoming. The Tigers fell behind in the first quarter and trailed 21-7 at halftime. Despite outscoring Maine in the second half, the Tigers were unable to get the win and fell 35-28. Flacco threw two interceptions and was sacked four times. Towson did not have a 100-yard rusher or receiver for the first time in six games.

Redshirt senior running back Shane Simpson recorded over 100 yards of total offense with two receiving touchdowns, but it wasn’t enough for Towson. On defense, the Tigers leading tackler was redshirt senior linebacker Robert Heyward with six tackles. Three of redshirt junior linebacker Bryce Carter’s five tackles were for a loss, including a sack.

Despite traveling over 600 miles to Maine, head coach Rob Ambrose still hopes to get support from the Towson community.

“I look forward to everyone following us a long way away from home against a really good football team,” said Ambrose.

The game is scheduled to kickoff from Morse field at Harold Alfond Sports Stadium at 7 p.m. The game can be heard on 1300 AM radio and watched on Flofootball.com with a paid subscription. 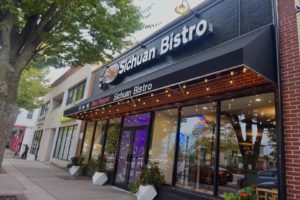