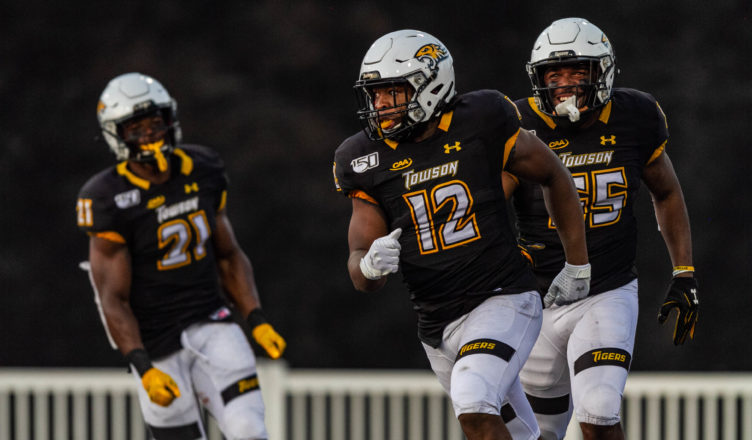 The No. 5 Tigers return home on Saturday, Sept. 21 for “Family Weekend” vs. the Villanova Wildcats.

No. 18 Villanova (3-0, 0-0 CAA) is coming off a 45-10 victory over Bucknell in which they scored 35 unanswered points to begin the game. The Wildcats scored 14 points in each of the first three quarters.

Villanova outgained the Bison by more than 100 yards of total offense, including an average of 7.1 yards per rushing attempt. Villanova scored touchdowns on all four of their red zone drives.

The Wildcats boast an effective 1-2 punch at quarterback and running back. Junior quarterback Daniel Smith has nine passing touchdowns through the first three games of the season, which leads the Colonial Athletic Association (CAA). Junior running back Justin Covington leads the CAA with 362 rushing yards this season.

Junior defensive lineman Malik Fisher has a sack in each game this season. He also has a tackle for loss in each game and a forced fumble in two of the three games so far.

Field position is crucial in the CAA, and sophomore punter Nathan Fondacaro is second in the conference in average yards per punt with 47.1. Fondacaro only trails Tigers redshirt sophomore Shane McDonough’s 47.8.

Last time Towson faced Villanova was last season in Pennsylvania, which the Tigers won 45-35. The Wildcats, who were ranked No. 10 at the time, got out to an early 14-0 lead before Towson scored 35 unanswered points en route to the victory. Flacco passed for 320 yards and three touchdowns in the win.

Simpson’s status for this game is uncertain at the time of print, as he suffered a right leg injury in the Tigers win over Maine last week.

If Simpson does not play, senior running back Yeedee Thaenrat will likely start for Towson. Thaenrat is coming off a career performance with four rushing touchdowns vs the Black Bears.

Redshirt senior wide receiver Shane Leatherbury has been the favorite target for Flacco this year, leading the team with 14 receptions for 181 yards and two touchdowns.

The Tigers secondary has been a pleasant surprise this season, as junior defensive back Coby Tippett leads the CAA with three interceptions and redshirt senior linebacker Keon Paye right behind him with two.

The game vs. Villanova is scheduled to kickoff at 6 p.m. from Johnny Unitas Stadium.