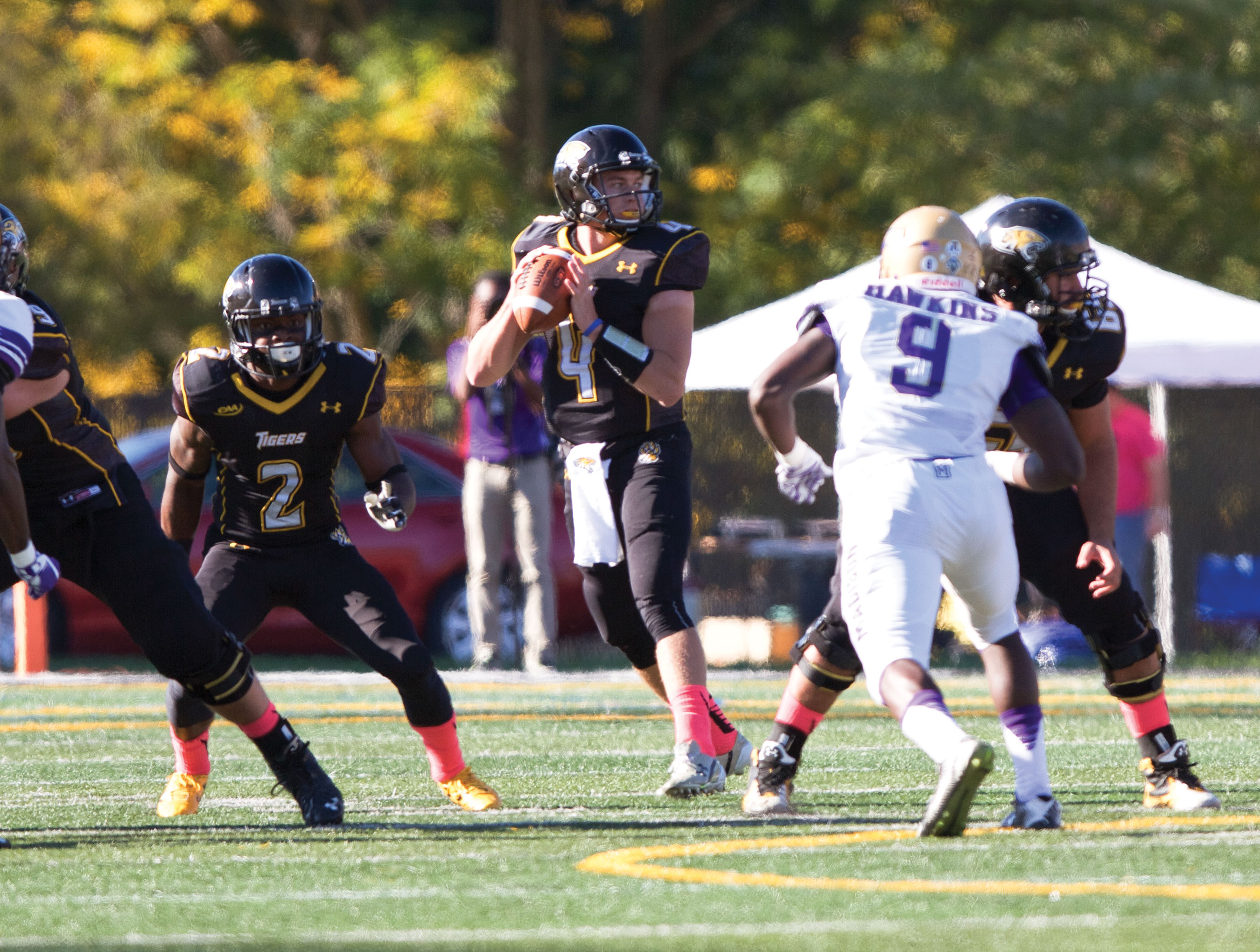 No. 5 James Madison had 455 yards of total offense in its 51-30 win over Towson on Saturday afternoon.

“I’d like to congratulate James Madison, Coach Withers and their entire team,” Head Coach Rob Ambrose said. “There’s a reason they’re ranked as high as they are and they’re really impressive. I’m proud of our guys in how we responded, figuring out how to fix the little things and if we didn’t spot them 14 points, maybe we’ll be able to win big ball games like this.”

The Tigers’ (2-3, 0-2 CAA) special teams struggled with a fumble on the opening kick return, missed two extra points and also allowed a 92-yard kick return touchdown late in the third quarter that put the Dukes (6-0, 3-0 CAA) ahead 34-23.

“It’s heartbreaking but at the end of the day, it’s just another play, another down,” redshirt junior linebacker Jordan Mynatt, who blocked a punt in the third quarter, said.

The Dukes scored the first touchdown of the game in just two offensive plays after the team recovered freshman cornerback Lyrics Klugh’s fumble on the kick return.

However, Towson responded with a 10-play drive that ended with a 1-yard touchdown run from junior running back Darius Victor. The running back gained just 44 rushing yards, but played through an ankle injury he suffered in the game against Elon.

The Tigers were held scoreless after Victor’s touchdown until redshirt senior quarterback Connor Frazier connected with junior wide receiver Christian Summers for a 9-yard touchdown pass, which cut the James Madison lead to 17-14.

“As the receivers go, we’ve just been working together each week trying to get our chemistry down,” Frazier said. “Each week, I think we are getting better.”

Frazier finished the game with three passing touchdowns and a team-high 54 rushing yards.

The Tigers were able to keep up with the Dukes’ offense in the first half and only trailed 24-17 at halftime after a 41-yard field goal from senior kicker Sam Hurwitz.

However, Towson struggled in the second half against James Madison’s quarterback Vad Lee, who finished the game with five passing touchdowns.

Lee helped the Dukes build a lead in the third quarter against the Tigers and his 29-yard touchdown pass to wide receiver Brandon Ravenel extended the team’s lead to 41-23.

“I said this before the game and I’m going to stick with it,” Ambrose said of James Madison. “This is the most talented two-deep in all three phases of the game that I have seen in the CAA since I’ve been here.”

Towson’s bright spot was that its defense managed to hold James Madison to its lowest yard-total in the first half all season.

Senior and junior linebacker Eric Handy finished with a career-high 14 tackles and also recorded a sack.

Towson will look to get its first win in the CAA in its upcoming away matchup against the Stony Brook Seawolves (2-2, 1-2 CAA). The game is at 6 p.m.