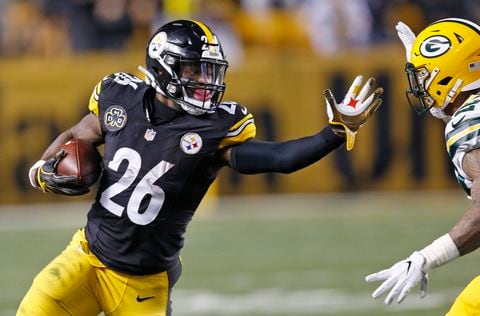 Last month, I discussed the rapid increase in player holdouts this offseason, the most notable being that of Pittsburgh Steelers running back Le’Veon Bell. Recently, Bell announced that he would return to the team following their week seven bye . While most Steeler fans would be happy about the return of their star running back, his return may not be such a blessing. The Steelers are on a two-game winning streak and have received a strong season from backup running back James Conner. And it’s impossible to ignore that strain between Bell and the front office that has also alienated the locker room.

This has led to reports of the Steelers actively shopping Bell on the trade market. The price for an All-Pro running back isn’t as high as it would’ve been in previous years because Bell hasn’t suited up this season and has an expiring contract. Teams might be concerned about Bell’s attitude having a negative impact on their team. The four likeliest destinations for Bell would be Philadelphia, Tampa Bay, Indianapolis and Washington. The Eagles are in need of a starting running back following Jay Ajayi’s torn ACL. Tampa Bay has struggled to run the ball all season and could gave some valuable draft picks to offer. Indianapolis and Washington have both been hampered by injuries at the position and Bell’s ability to catch out of the backfield would be a huge boost to quarterbacks Andrew Luck and Alex Smith respectively.

The question remains whether Pittsburgh will pull the trigger and make a deal. Star players are rarely traded during the season, but Philadelphia General Manager Howie Roseman is known for his aggressive deal making in the past, which is why I believe Bell ends up in Philly. The Eagles have two second-round picks in the upcoming draft, and they have an offensive lineman who is not happy with his role in Stefen Wisniewski. None of the other three teams can give Pittsburgh that many assets and I believe that is the difference maker. However, Pittsburgh may be weary of dealing Bell to another Pennsylvania team. With the week eight trade deadline fast approaching, Bell’s fate will soon be decided.