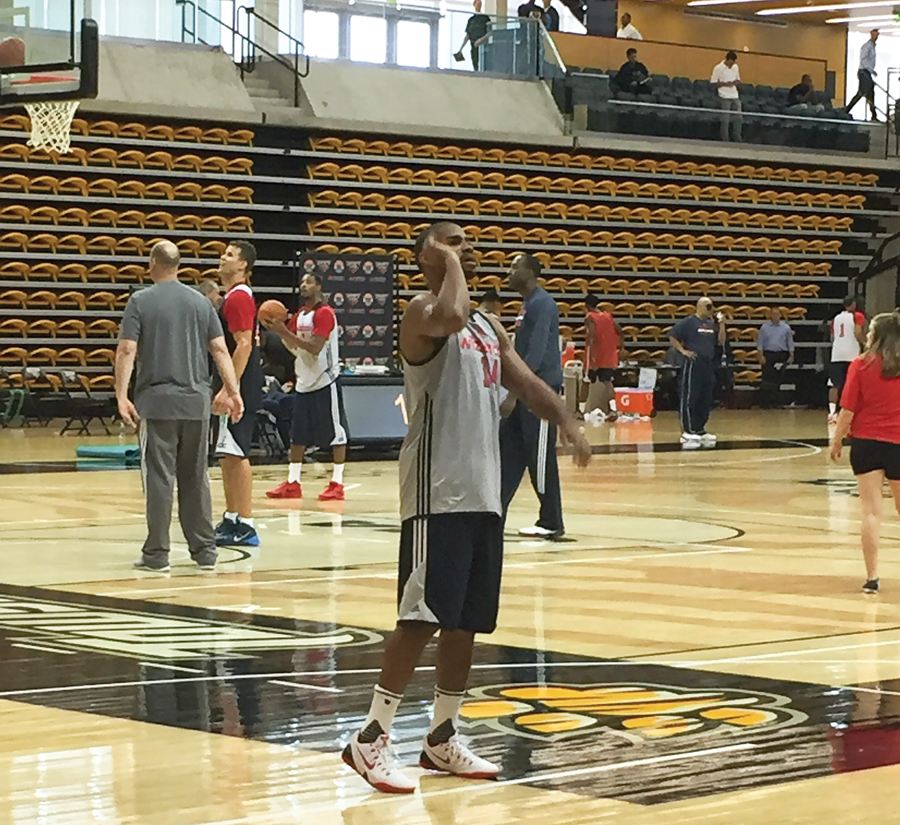 With the regular season less than a month away, the team is focused on putting together another successful year.

“I tell guys all the time that they have to be ready,” Wizards Head Coach Randy Wittman said. “Physically, mentally, attitude, all of that. You got to be professional, not give in, all those kinds of things.”

“When you’re working it’s not like you get to go and explore the campus, but it’s nice to be back home,” Neal said. “Practice is open to my friends and family and they got to watch me, which is something a lot of guys don’t get to experience, so I am grateful and thankful for that.”

Neal, who averaged 25.6 points and shot 44 percent from the field in his two-year Towson career, had high praise for SECU Arena, a facility that he did not get to play in until this year’s training camp.

“This place has really changed,” Neal said. “I didn’t get to play in this. If I got to play in this I probably would have averaged thirty-two instead of twenty-six. There is just a whole lot more space on the floor.”

While the proven veteran Neal sharpened his skills at training camp, Wizards rookie Kelly Oubre Jr. is fought to prove that he deserves a spot on this year’s team.

“I mean I just go hard, I try to go as hard as I can,” Oubre said. “That’s going to be the way I succeed in this league is going hard. I am just playing with a chip on my shoulder.”

Oubre, a standout strong forward who played college basketball at Kansas, averaged 9.3 points and shot 44 percent from the field in three seasons before declaring for the NBA Draft in June.

“I can shoot, I have just been working on it in the gym,” Oubre said. “It’s starting to fall now in training camp, so that’s always a plus.”

The Wizards are continuing training camp at the Verizon Center until the start of the preseason on Tuesday, Oct. 6 in Washington D.C., when Washington will host the Philadelphia 76ers.

The team will begin its regular season on the road against the Orlando Magic on Wednesday, Oct. 28.