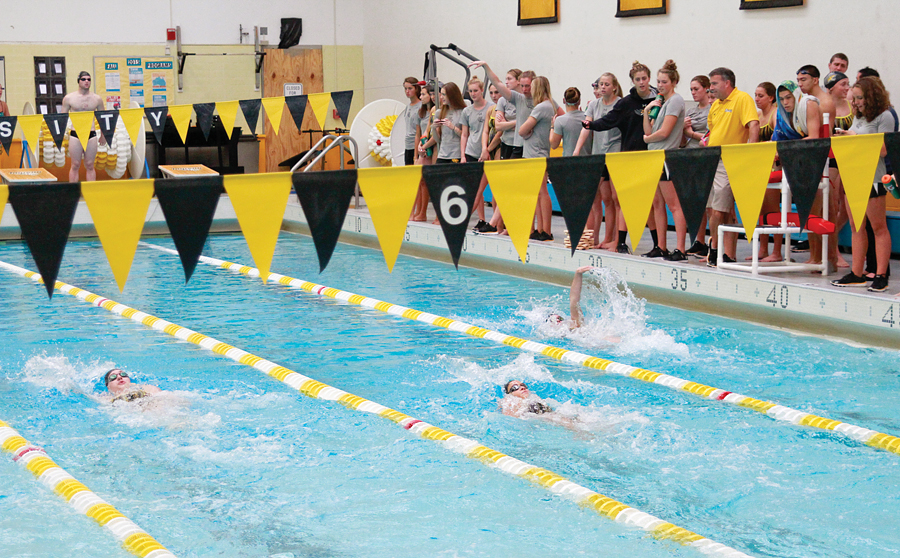 Four members of the Towson University swimming and diving team competed in U.S. Olympic Trials earlier this month in hopes of qualifying for this year’s Summer Games in Rio de Janeiro.

Recent graduates Hannah Snyder and Jenna Van Camp, along with senior Nick Breschi and sophomore Jack Saunders, represented Towson in competition at CenturyLink Center in Omaha, Nebraska, June 26-July 3. The event was the only selection meet for the U.S. Olympic Swim Team competing at the upcoming 2016 Summer Olympic Games.

“That was the most people we’ve ever qualified for Olympic Trials,” Head Coach Jake Shrum said. “It’s the biggest stage in U.S. swimming, and seeing our athletes hold their own against professional swimmers was truly special and a fantastic experience for them.”

Snyder competed in the 400 long course meter (LCM) individual relay. She finished 70th overall in a field of 119 swimmers.

Van Camp was the only Tiger to compete in more than one event. She finished 51st in the 100-LCM and 68th in the 200-LCM breaststroke.

“I’m incredibly proud,” Shrum said. “It’s a testament to the work they put in on a daily basis. Every swimmer at this level is a hard worker, but to make Trials you have to have consistently great practices and that can take years to figure out. That’s what these four have done. In a sea of hard workers they manage to stick out a little bit more.”