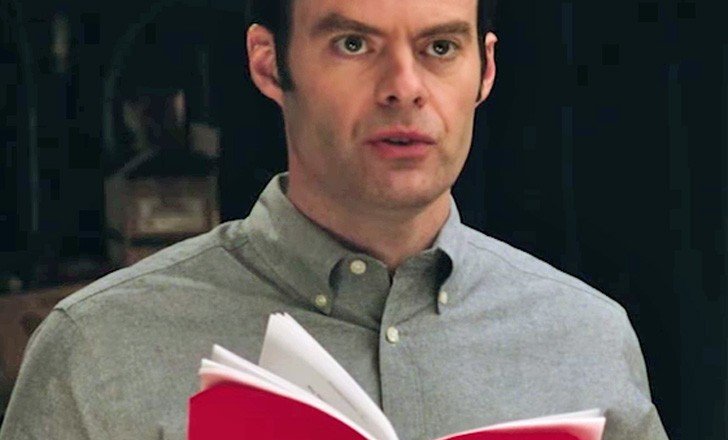 There’s a hidden duality to television’s great anti-heroes and villains: Dexter, the psychopathic vigilante and blood-spatter analyst; Hannibal, the cannibalistic killer and forensic psychiatrist; and now Barry, the begrudging hitman and aspiring actor. Like his predecessors, Barry shares his name with the title of his show. “Barry” is HBO’s new dark comedy from Bill Hader and Alec Berg. What separates “Barry” from those that came before, however, is the hard truth that his duality is meant to hide his humanity. Barry’s emotions are not a sociopathic performance, or a means of masquerading an unacceptable darkness inside him. He’s a man in self-discovery of his real identity, caught in-between the person his line of work defines him as and the person his deeper desires call him to be.

Despite his underlying empathetic core, the grisliness of how he makes a living is not lost on screen. We first meet Barry, portrayed by series writer and co-creator Bill Hader, in the aftermath of a hit in a hotel room. The body of his mark lies in bed as the red bullet hole in his head stains the pillow. Without taking any pleasure in it, Barry kills people. As we later learn, he’s stabbed a man in the testicles, and, in his own words, he’s “very comfortable doing it again.” For him, taking lives is just a job. As a depressed Marine Corps vet struggling with civilian life after serving in Afghanistan, contract killing in the homeland gave him purpose another opportunity to stop truly bad people. But that self-justification doesn’t help him sleep at night anymore.

When Barry is assigned to hit a homewrecker named Ryan (Tyler Jacob Moore) for a Chechen mob boss in L.A., he trails the man to the parking lot of his acting class. Barry waits inside his car, but his impatience and curiosity lure him outside, where he briefly meets an acting student, Sally (Sarah Goldberg), struggling with her lines before being called on stage. Barry follows her as he’s pulled towards Sally and the stage she performs upon. He watches from a distance in awe of the emotional intimacy of her performance, elicited by the tough but deliberate acting instructor Gene Cousineau (Henry Winkler), and by the incredible support of her peers. In need of a scene partner, Ryan drags Barry on stage, mistaking him for a fellow student. Barry’s nervous performance, later referred to as “dumb acting” by Cousineau, is beyond stiff, but by the scene’s end, Barry finds himself bolstered by the class’s warm applause, something he’s never felt with his day job.

Life, Cousineau explains, is what acting’s all about. And when Cousineau declares, “I want you to create a life right here on stage,” Barry, so used to only ending a life, resonates with that call to action. Through the class, Barry discovers a terrifyingly exciting outlet for him to finally discover who “Barry” is, beyond the horrors of what he’s capable being. Going against the wishes of his boss, Barry decides to continue acting as a hobby, creating a second identity for himself with his appropriately awkward stage name “Barry Block.”

With Hader’s nuanced lead performance and the complex dualities of his character, it’ll be exciting to see how the television series “Barry” discovers itself later this season. When it comes to watching the next episode, I’ll be very comfortable doing it again.