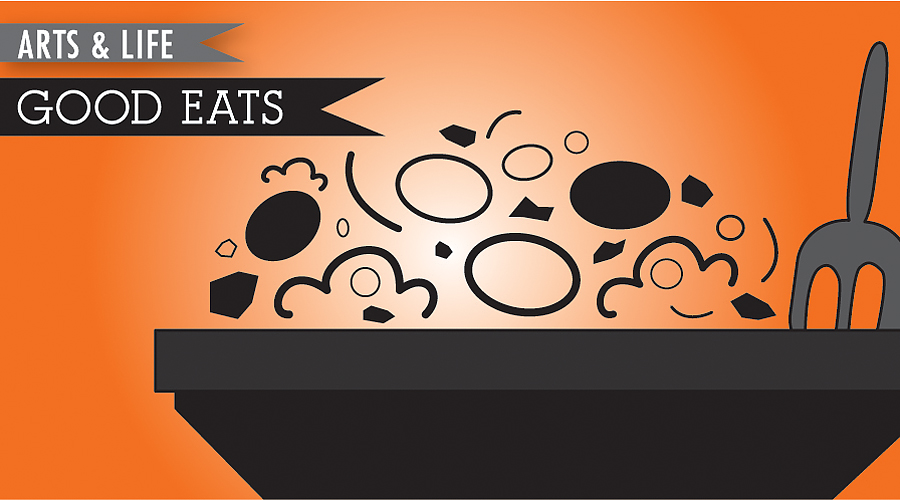 The next stop on the journey of GoodEats features a Baltimore favorite and a favorite of celebrity chef Guy Fieri. Johnny Rad’s Pizzeria Tavern made its national debut on Food Network’s hit television show “Diners, Drive-Ins and Dives” last November. Since the debut, the restaurant has been buzzing with patrons wanting to have a slice of its famous Neapolitan style thin-crust pizza, which was exactly what brought me through the doors last Friday.

Located in the Upper Fells Point neighborhood off Eastern Avenue, Johnny Rad’s is a little corner pizzeria. Get here early on the weekends; parking can be quite a hassle. We had to drive around for a few minutes before finding an open spot on the road. Once inside, the restaurant lived up to all expectations from the show. The restaurant is just “cool.” Skateboards plastered all over the walls, a few retro pinball machines and a busy bar right when you walk in.

The menu is as cool and hip as the décor. Obviously, right when we were seated, our eyes went to the pizza section, trying to pinpoint the one Guy Fieri was scarfing down.

Before we ordered our pizza, we wanted to get started with something off the “bar fare” section of the menu. The risotto balls ($8) are what Fieri sampled and were instantly suggested to us. We wanted to try something a little different, however, and decided to order the fried edamame ($4), a simple twist on a staple of Japanese cuisine. The edamame were great, crunchy and perfectly salted.

Each pizza has two options, either a 12 or 16-inch pie. Go with the bigger one, you’ll want more. We went with the Trainwreck ($11/$16), a thin crust pizza topped with tomato sauce, mushrooms, baby spinach, black olives, olive oil, fresh mozzarella and sea salt (that was a mouthful to say). The pizza was fantastic and featured such crunchy crust with bubbly cheese and delicious toppings. Our waitress also suggested the pesto vitello ($10/$15) served with pesto sauce, cherry tomatoes and fresh mozzarella. If none of the premade pizza suggestions interest you, you can always create your own pizza with as many veggies, meats, cheeses and vegan meats as you’d like.

The menu also featured huge salads and mouth-watering sandwiches. The cheesesteak ($9) and Dogtown Special ($8) looked the best. The Dogtown Special was two quarter-pound all-beef hotdogs served on a pretzel bun.

Johnny Rad’s was fantastic, a cool restaurant, with helpful staff and amazing food. Where could you go wrong? It even has vegetarian and vegan alternatives.

I hope you all enjoy Johnny Rad’s as much as I did. Until next time, I wish you GoodEats!