The main criticism I keep hearing about the President’s performance was that he interrupted too much. I’ll be clear here, he did interrupt too much. However this is the same guy who has been slandered every single day for the past four years, along with everyone in his family or inner circle. He has been called every name under the sun by the media and Democrat politicians while he has worked tirelessly for the common-good of the American people.

I believe that the President’s base knows this frustration.His supporters, who Hillary Clinton called “deplorables” in 2016, have never been immune to attacks from the leftist media. So, while I hope the President dials back a little during the next debate, I highly doubt he will. This is a man who has been attacked relentlessly, and he has proved time and time again that he is not afraid to fight back.

In terms of policy discussed, Trump wiped the floor with Joe Biden. Biden was put in a position several times where he had to decide to appeal to undecided voters or the Democratic base. For example, Biden chose to declare that he was against the Green New Deal and defunding the police department. On all three of these issues, Biden lost the left. However, even Biden’s website shows that he is still in favor of the Green New Deal.

The vice presidential debate was much different, though Republicans should feel just as good about it, if not more. Obviously with Biden’s age not decreasing, Senator Kamala Harris could very well end up President of the United States if her ticket is elected. Additionally, Vice President Mike Pence does not carry himself the same way as the President, to say the least. He is an incredibly sharp individual, with an intellectual mind that shines during debates like the one that took place against Senator Harris.

Pence had a strong performance. He absolutely destroyed many of Harris’ policy points. For a large portion, Harris was forced to defend her ticket’s policies, which she struggled to do with facts and statistics. The quote of the night from Pence was, “You’re entitled to your own opinion, you’re not entitled to your own facts.”

We can confirm this because other than a fly landing on Pence’s head, the only other criticism of his debate performance has been that he was ‘mansplaining’ his opponent, Harris. This analysis of the vice president is preposterous, but even clearly shows that there is not much to criticize about his debate performance.

Voters dedicated to either campaign probably did not change their mind after the first two debates of 2020, however, undecided voters in my opinion moved slightly toward voting for Trump. The policy points are clear, and a one-on-one debate is never a better time to explain why your policies are right. Both Pence and Trump have done an excellent job doing that so far.

Previous post Can the Lakers repeat next year with the same roster? 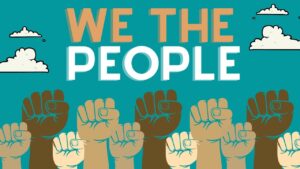