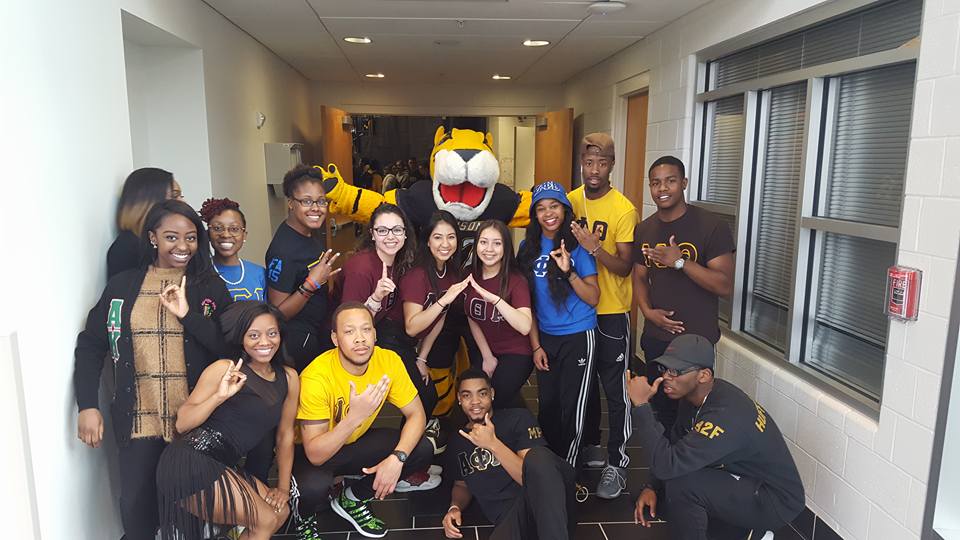 Ninety-five percent of Greek life councils and chapters now have a diversity chair to promote diversity and interaction with multicultural organizations, according to Towson’s online Diversity Initiatives Progress Report.

This comes as a result of the November 2015 #OccupyTowson sit-ins, when then-Student Government Association President Kurt Anderson and then-Interim President Timothy Chandler pledged to address a list of 12 student demands.

Among those initiatives, the administration pledged to advocate for the implementation of diversity chairs in Interfraternity Council fraternities and Panhellenic Association sororities.

The IFC and PHA councils, as well as all of their chapters, have diversity chairs, according to Director of Fraternity and Sorority Life Matthew Lenno.

Lenno said that the diversity chairs will help “build better relationships and bridges with the other diverse councils on campus,” like the National Panhellenic and United Greek councils, which govern historically black and other multicultural Greek bodies, respectively.

Diversity chairs will act as liaisons to the Office of Fraternity and Sorority Life, collaborate with other chapters and councils and train their own chapters to confront diversity issues, Lenno said.

The IFC and PHA diversity chairs were selected by application, but chapter diversity chairs are typically nominated and voted upon by members of their chapter, according to PHA Diversity Chair Mary Rose Pedron.

Towson is not allowed to force chapters to adopt diversity chairs because individual chapters adhere to their own national bylaws. However, all of Towson’s Greek Life organization chapters have supported and participated in the diversity chair process thus far, according to IFC Diversity Chair Cordell Easter.

Associate Vice President for Student Affairs for Diversity Santiago Solis met with Lenno and Carly Heasley, the coordinator of Fraternity and Sorority Life, during the spring semester and over the summer to develop diversity chair training modules.

“The on-going collaboration between Fraternity and Sorority Life and the Center for Student Diversity has been wonderful… I think we’re making great progress,” Solis said.

The chairs were trained by Lenno, Heasley, Easter and Pedron.

Starting next semester, new member orientations and Greek summits will include a module on identity and inclusion, Lenno said.

He said that chapters will also be required to execute social justice programming on their own next semester in order to demonstrate what they have learned.

The fraternity and sorority presidents Lenno has talked to have responded positively to the diversity chairs, particularly the peer education model of training, he said.

Pedron, a senior mass communication and psychology double major, said she has been pleased with the diversity chairs and is looking forward to seeing how the program grows and improves.

“I would describe the diversity chair process as an incubation period so far,” Pedron said. “I think the most overwhelming thing to think about the whole process is that what we have right now will [set] a precedent for the future.”

Pedron and Easter both said their primary focus with the diversity chairs program is to educate members of Greek life organizations on dealing with diversity issues.

“I have learned through several personal experiences that you can’t make someone care, but you can educate them and most of the time education is enough to inspire change,” Pedron said. “We can’t expect members of the Greek community to be proactive in dealing with diversity issues if they don’t understand what the issues are, how these issues came about and how these issues are affecting their fellow peers.”

Although the Diversity Initiatives Progress Report lists the diversity chair agenda as “completed,” Lenno said there is still work to be done.

“After the majority of Greeks have been trained in our modules, we will need to redesign the training so they can be challenged more appropriately for future growth,” he said.

Solis said the Be Heard series of town hall meetings that began this semester provides a platform for discussing social justice issues.

The second town hall this semester is planned for Oct. 26 and will cover free speech in higher education and mental health issues impacting marginalized and non-white students, Solis said.

Easter and Pedron hope that, one day, Greek organizations will be known as inclusive communities of allies.

“In the future, semester after semester, I want to continue to build upon the knowledge base that we are building right now,” Easter said said.