Towson University’s (TU) fraternities and sororities from the Interfraternity Council (IFC) and Panhellenic Association (PHA)  will host a virtual rush for the spring 2021.

“When initially planning for recruitment, we had hoped for a hybrid model where we would be able to host some smaller events in-person while following COVID-19 protocol,” the Panhellenic Association stated. “However, to ensure the safety of everyone involved and to be in alignment with the student organization guidelines all rounds of recruitment will be held virtually!”

According to Alpha Epsilon Pi (AEPi) President Jordan Schwartzberg, there may be an opportunity to meet face-to-face, abiding by social distancing guidelines.

“We are rushing completely virtual and inviting friends who may be interested and open to the idea of an in-person meet-up to appropriately distanced restaurants to meet and eat together in small groups or just one on one,” Schwartzberg said.

Some chapters have also navigated new ways to carry out each round of recruitment.

“Some examples of what chapters will be doing throughout the rounds include informational videos, speeches from members like the Chair President or Recruitment Chair, breakout rooms, various visual tools & virtual backgrounds to just name a few,” the Panhellenic Association stated.

Rush lead for Alpha Xi Delta, Katrina Villanueva, highlighted some of the positives of rushing virtually.

“The process will definitely look and feel a little different, but the concept is still exactly the same,” Villanueva said.

Virtual rushing has forced fraternities and sororities to think of new virtual activities.

“Before COVID, we would typically hold on-campus events such as Meet The Greeks and the Involvement Fair,” Schwartzberg said. “Now, finding kids is done through Facebook and Instagram groups. With rush going virtual some events we have done are a virtual sports trivia night, and a virtual video game night where brothers pair up with rushes in video game lobbies and play with each other.”

Villanueva explained that rushing virtually brings new opportunities for students to express themselves.

“The positives of being virtual is you are easily accessible to your room,” Villanueva said. “You can also show more of your personality by showing your room and the decorations, plus other miscellaneous items in your room you have.”

“One of the advantages of it being virtual this year is that we are truly going to be able to focus on a values-based recruitment,” the Panhellenic Association stated. “It will no longer matter who has the best decorations or theme, instead what will matter the most is the conversations and connections that are being made.”

Phi Mu President, Madison Burfend, encourages others interested in rushing to go for it.

“Greek life has given me the opportunity to grow as an individual on a social and professional level,” Burfend said. “I felt super welcomed during and after recruitment, and have become friends with amazing women in the Panhellenic community. I’m now President of “Phi Mu” and held various other leadership positions previously. You truly can make the most out of your experience and you get to choose how involved you want to be! I encourage everyone who’s interested in rushing to give it a shot.”

More information on how to join a TU fraternity/sorority can be found on their website. 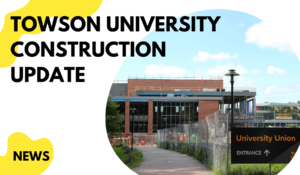 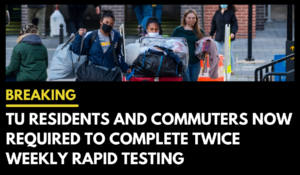