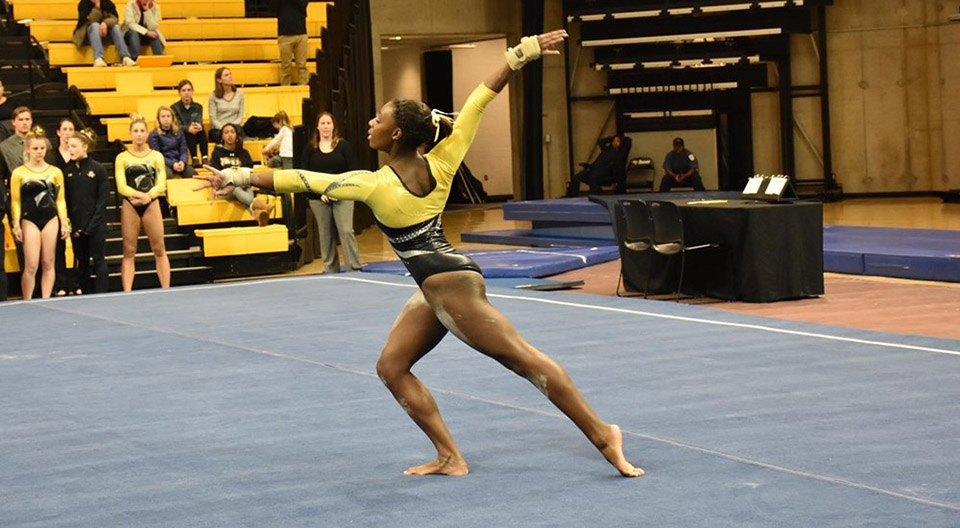 Towson’s best event of the day was the vault where the team set a season-best score of 48.775. In that performance, Towson had six gymnasts set career-bests and record five season-high scores at the quad meet.

The performance came after a last-minute cancellation of Friday’s quad meet at North Carolina due to an emergency water problem.

“The ability for the girls to adapt shows how far this team has come,” Head Coach Vicki Chliszczyk May said. “From traveling six hours to UNC, to having the meet cancelled an hour before we left the hotel, to emergency practices yesterday, the girls stayed calm and performed the way they knew they could.”

The Tigers continue their schedule next Sunday, Feb. 12 at 2 p.m. as they welcome West Virginia and Temple to SECU Arena for the annual Shelli Calloway Invitational.

“Our next goal is to record a match where we go 24/24 on all our routines,” Chliszczyk May said. “While we have not yet counted a fall, we also have not had a perfect meet.”