On Oct. 6, comedian Hannibal Buress will take the stage at Baltimore’s Meyerhoff Symphony Hall on his “Hannibal Montanabal” stand-up tour of the United States and Australia.

Buress is known for his stand-up. Four of his past performances are streaming on Netflix, and the comedian garnered national attention in 2014 when he referred to Bill Cosby as a “rapist” onstage, before Cosby’s allegations had been reported on by major media outlets. You may have also seen him as Lincoln on Comedy Central’s Broad City or in the web series-turned-HBO-show, High Maintenance.

His humor ranges from politically poignant (sometimes accidentally so) in his stand-up, to off-beat and surreal as co-host on Adult Swim’s The Eric Andre Show.

Buress doesn’t have plans to quit stand up or television anytime soon, but in the last few years as directors have begun reaching out to him, he’s been able to add film acting to his repertoire. Most recently, he took a small role in the indie flick “Flock of Dudes,” directed by Towson alum Bob Castrone and co-written by fellow alum Brian Levin.

“They just reached out to my agent, said they’re doing a movie, I was into it ‘cause there was a bunch of other comedians that are my friends in it,” Buress said. “Kumail [Nanjiani]’s in it. Eric Andre’s in it… It was just, doing a movie with people I was friends with, you know?”

In “Flock of Dudes,” Buress plays supporting character “Pussypop,” and, while he was only on set for two or three days, he enjoyed working with his friends and first-time director Castrone.

“Bob’s a nice dude… Open to our ideas. If we had ideas about different lines, he was cool,” Buress said. “There was a lot of down time… So, there were moments with the people that I know, together, just talking, hanging out.”

Buress enjoys doing films, but doesn’t consider himself a film actor. He said that they don’t occupy him mentally the way that stand-up does, although he enjoys seeing the process and being able to add to a film with his sense of humor.

Buress has performed stand-up in Baltimore several times, but he’s usually “in and out” and doesn’t get to see much of the city. He remembers meeting cool people and putting on good shows in previous venues like Baltimore’s Comedy Factory and says it’s always been fun.

As for “Hannibal Montanabal,” Buress says it’s coming together. “People are coming out,” he said. “It’s been a good time.” 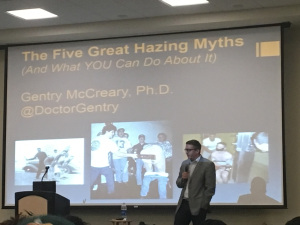 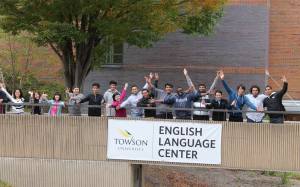