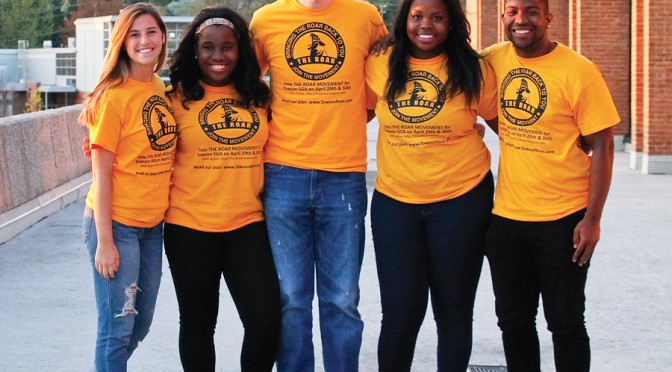 When SGA president-elect Kurt Anderson heard that all 12 of The Roar’s senatorial candidates won their seats Thursday night, he knew that the movement’s Executive Board ticket was also set to succeed.

“If we swept the Senate seats, I knew we were fine because that meant our campaigning worked,” he said.

Anderson was elected SGA president over current Chief of Staff Gayon Sampson by a margin of 444 votes. Vice President-elect, sophomore Taylor James, received 1,867 votes, the most out of any executive board candidate. Her Ohana counterpart, Kyle Bamberger, received 1,292.

The senatorial race saw 33 students run for 18 open seats, 12 of which went to supporters of The Roar, who are listed on the movement’s campaign site. All but one of the The Roar’s Judicial Board candidates were also elected.

James said that there is no risk of a 2015-2016 SGA stacked in the Executive Board’s favor.

“Say we wanted to pass something. Even if every single one of our senators voted yes, it still wouldn’t pass,” she said.

This year’s contested election drew votes from 3,247 undergrad students, more than twice the turnout of last year’s uncontested election. Anderson and James credit this to the diversity of candidates and the relationships they formed with “the average Towson student,” according to Anderson.

“I think it’s because we had all different types of people running,” James said. “It wasn’t just IFC Greeks or PanHellenic Greeks. We touched so many people. And that was our goal…we need to be able to relate to more than just these two big groups of people.”

The Roar campaigned on promises of accessibility, transparency and diversity.

In the coming term, they plan to “change the culture of the SGA” by opening new lines of communication and cooperation between the Senate and the student body at large.

During their campaign, members spoke about implementing greater oversight on internal spending, creating a meal bank that struggling students can draw from, building an online banking system for student groups and reworking the Tiger Stripes funding program.

Anderson says that some initiatives, like parking and the creation of a 24-hour shuttle line, will take more time to develop.

“We want to focus on things that not only people now can see, but that will make a difference for people who are going to come after us,” James said.

SGA senator Omnia Shedid, who was among The Roar’s 12 senatorial candidates elected for next year, said during the results ceremony that she is excited what the SGA will be able to do in the next term.

“The passion that this movement has, the drive and the motivation. We are going to get stuff done, and I’m talking about real change,” Shedid said.

According to Anderson, some of those changes will come sooner than others. As soon as The Roar’s term starts, at 12:01 p.m., May 11, Anderson says that he wants to get rid of SGA Executive Board parking privileges.

“That’s something we campaigned on, so at 12:02 I’ll be emailing [Director of Parking and Transportation Pam Mooney] to cancel our staff parking,” he said.

As it stands, parking permit-holding members of the Executive Board may park in Union Garage and Admin lot parking spaces “when they are doing business,” according to Mooney. Anderson plans on buying a parking permit in the Fall, instead of utilizing the free parking enabled for the SGA President due to his or her presence on the Board of Visitors.

Anderson and the rest of the recently-elected Executive Board want to address programs like diversity training for SGA personnel and increased support of student groups early on in their term.

“Number one is going to be looking at what we can do to support student orgs,” Anderson said. “That’s the easiest thing and the quickest thing we can implement. We’re going to spend a lot of time during our summer retreat looking at every single policy, our Tiger Stripes program, our funding policy, to make sure that every group has equal access.”

“We need to make sure that our policy works for every single group on this campus,” he said.

-Nilo Exar contributed to this article. 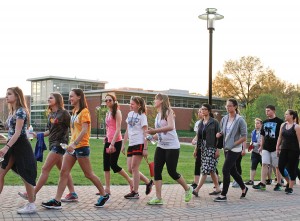