As final exams approach and our academic workloads finally begin to recede, thoughts of summer and relaxation populate the mind; and so they should.  But it is my goal in this final column for the semester to leave readers with the most important takeaways concerning Congress and the Supreme Court.

I have attempted to highlight the most impactful developments within the legislature and analyze the foremost cases before the Court throughout the semester. At times, these efforts have felt monotonous and futile, as it is nearly impossible to write with such pace as to keep up with the daily news cycle.  That said, there are still some general conclusions we ought to draw from the semester’s nausea-inducing, always-entertaining developments from the nation’s capital.

First, as it remains fresh on the minds of millions of Americans, real and substantive gun control debates have continuously evaded the halls of Congress.  While it is true that particularly progressive officeholders have spearheaded their own efforts to curb gun violence, and that some states have pushed for their own restrictions on gun ownership, there has been no substantial progress made at the national level concerning gun violence.

Second, the United States is on track to elect a record-breaking number of women to its public offices in the 2018 midterms.  As last week’s column explained, with 435 House seats, 35 Senate seats, and 36 governorships up for grabs, the American people have the unique opportunity to elect women in record proportions.

Third, and most recent, the consequences associated with Trump’s withdrawal from the Joint Comprehensive Plan of Action (JCPOA) – otherwise known as the “Iran Deal” – are difficult to overstate.  Under the leadership of President Obama and with the support of the international community, Iran effectively dismantled much of its nuclear program since JCPOA’s 2015 launch.  With the plan’s elimination, however, crucial oversight on Iran’s nuclear development from the international community will be lost, thereby increasing the international community’s anxieties concerning the always-contentious relationships within the Middle East.

Fourth, in shifting gears to the Supreme Court, it is necessary to reiterate the importance of the many cases that remain before the Court for judgment.  Namely, the court has heard oral arguments concerning partisan gerrymandering in the Gill and Benisek cases.  The court’s decision regarding partisan gerrymandering will play a fundamental role in future congressional elections, as it may very well restrict partisan influence in future district-drawing initiatives.

Additionally, the Court is also set to rule on an individual’s right to deny service to the LGBT community.  The baker, Jack Phillips, claims that a Colorado State anti-discrimination law unconstitutionally forces him to provide services that are counter to his religion.  More specifically, Phillips claims that his being forced to provide a cake for a gay wedding violates his freedom of speech and freedom of religion protections that are enumerated in the First Amendment.  The Court’s decision will be monumental in either direction, as it will either create precedent for Americans to deny service to particular communities or establish government enforcements on private businesses.

One final case of particular importance is Trump v. Hawaii, which I outlined just two weeks ago.  In essence, this case challenges President Trump’s exclusive restriction on Middle Eastern travelers and immigrants.  Given the president’s remarkably divisive past rhetoric concerning the religion of Islam and citizens who practice it, this decision, if made in accordance with the president, could validate executive islamophobia and effectively marginalize its nearly-two billion tenets.

It has been a great joy writing on the Congress and the Supreme Court throughout the semester, and I would like to extend my sincerest gratitude to all those, including peers and professors, who so regularly give meaning to these columns in the form of reading and providing me with feedback. 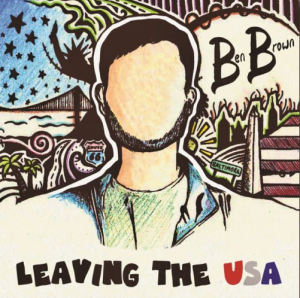