Welcome back, Tigers! I would say happy Spring Semester, but the fact that we were trapped inside our homes due to three feet of snow this past weekend suggests more of a winter feeling.

While 2016 started out with a majority of us questioning if winter would ever arrive, it has now shown us its wrath and has me dreaming of warmer days from 2015. It also has me hoping for a happier 2016 for all of my favorite celebrity couples.

In 2015, we suffered through too many breakups, divorces and separations. From the beloved Jennifer Garner and Ben Affleck to Miranda Lambert and Blake Shelton, no one could escape from the heartbreak.

Thankfully, 2016 is giving us some relief and proving to be able to bring people back together. The couple in question is, of course, Liam Hemsworth and Miley Cyrus.

Before you roll your eyes and flip the page to another column, hear me out! When these two first got together while filming The Last Song, everyone lost their minds.

In 2013, no one was prepared when tragedy struck and the pair split, which cued the reinvention of Cyrus.

I don’t want to completely bypass Cyrus’ twerking phase or deny it, but I do personally believe that the split with Hemsworth had something to do with it. She was suddenly no longer constantly attached to someone else and she was forced to learn how to be her own entity.

She released new songs, changed her wardrobe and was seen as another Disney star gone downhill. Hemsworth had an influence over Cyrus’ career moves and now that the two are back together, I’m ready to see what comes next.

Nothing has been officially confirmed, but Cyrus was seen in a moving van at Hemsworth’s house and is flaunting her engagement ring in Instagram posts, which is even more serious than becoming “Facebook Official” nowadays.

Hemsworth influenced her musically once, and he can do it again. In 2015 we said good-bye, but 2016 is proving to be a year of hellos. 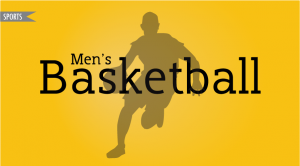