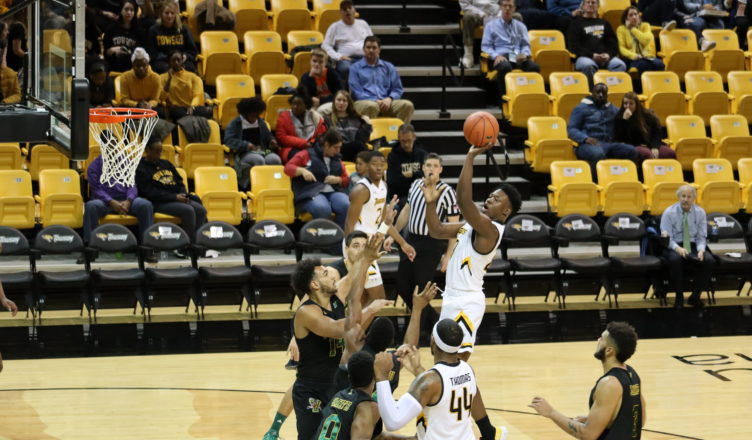 “Our shot selection was bad in the first half so I thought our guys did better the second half in spacing and sharing the ball and getting good shots,” said Head Coach Pat Skerry. “Your energy increases and good things start to happen.”

“He had a really good second half for us and I was impressed with his defensive energy,” Skerry said. “He really helps elevate our team.”

In the second half, it felt as if Towson couldn’t miss as the Tigers shot 69 percent from the field while Delaware only managed to shoot 32 percent.

Senior forward Alex Thomas played the role of hero in this game as his jumper with 22 seconds left put Towson ahead for good. Thomas, one of only two seniors on the team, has been battling an injury that forced him to miss the last two games.

“Alex was instrumental on Saturday night,” Skerry said. “It’s a rallying cry when a guy plays through injury like he did.”

This was Towson’s seventh straight win over the Blue Hens and ended the Tigers’ six-game losing streak.

The Tigers look to build upon this win in their next contest at home against Northeastern Thursday night at SECU Arena. Game time is set for 7 p.m.