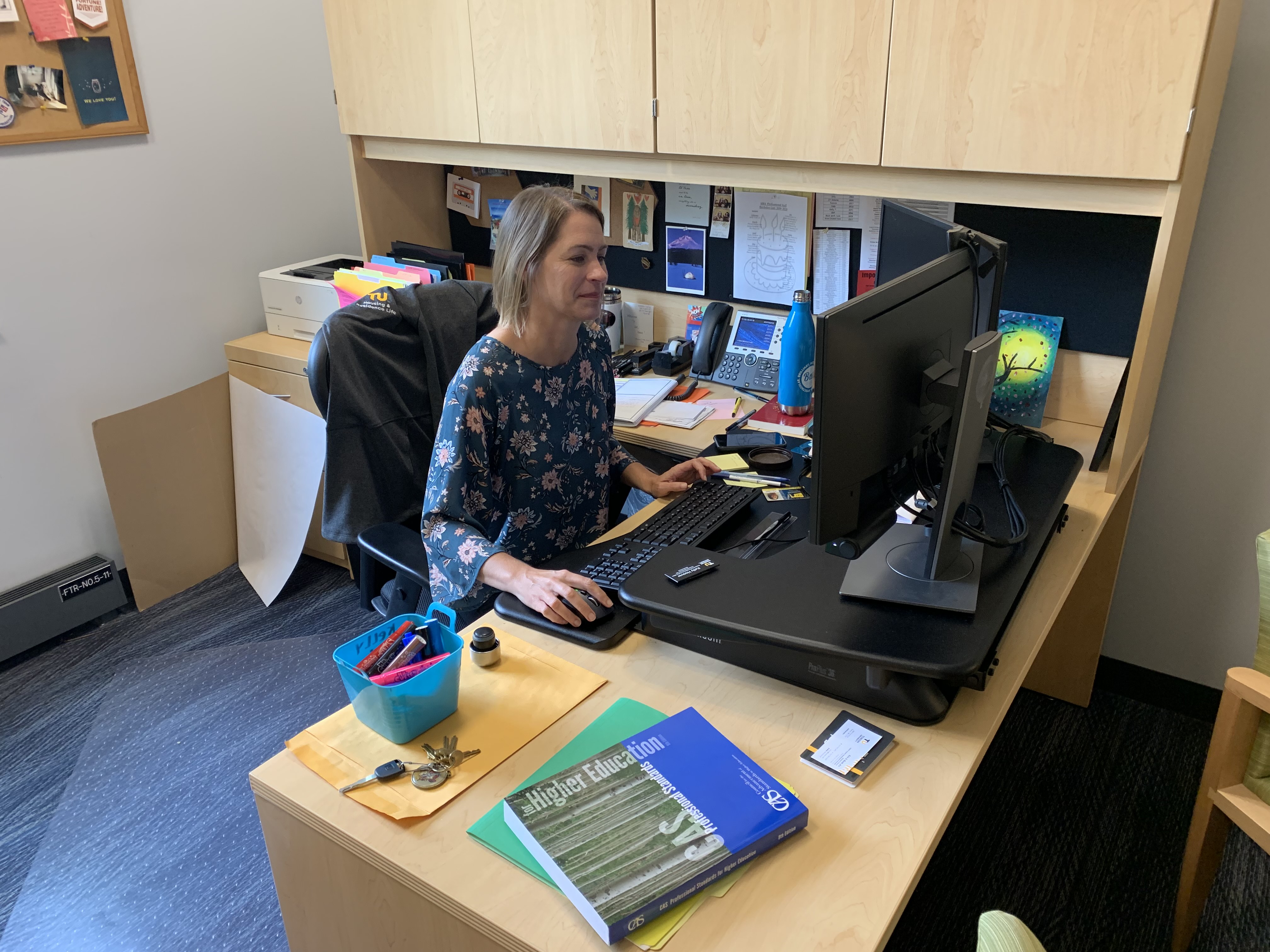 “Three candidates were brought to campus and Kelly rose to the top,” said Malinda Jensen, search committee member and Director of Residence Life. “Kelly was able to articulate significant experience in the world of housing and residence life and her skill set was a good match for what HRL needed at the time of her hire.”

Hoover is a 1992 Towson University alumnus, and has been working in student affairs at a variety of schools ever since she got her undergraduate degree. These schools include Syracuse University in New York, Louis and Clark College in Oregon, MICA in Maryland, and most recently Notre Dame in Maryland.

“Part of me has always imagined in my professional journey that I would come back here,” Hoover said. “I’ve always wanted to come back here, so when this position was posted in February, I was like ‘I’ve gotta go for it.’”

According to Hoover, she is responsible for overseeing all of the residential life programs, which includes upwards of 30 staff members, as well as overseeing facility work.

Hoover feels confident about the Department of Housing and Residence Life and the work they have put in to improve campus affairs.

“I’m feeling really good. This department is really strong in every aspect,” she said. “Fiscally, I feel like we’re doing smart budget management, our facilities are in relatively good shape and we’re attentive to continually improving them.”

Hoover noted the addition of air conditioning units in Prettyman and Scarborough as well as renovation of the bathrooms as being one of the department’s projects committed to improving student life.

She also added that the staff makes the department stand out as well.

“From a personnel standpoint, the staff that we have living and working in the halls…is exceptional, they are committed, they are smart, invested, they are doing really good work,” Hoover said.

According to Lenno, Hoover has been a great addition to the team.

“Since her hire she has been nothing but an excellent collaborator, problem solver, administrator, supervisor and colleague,” he said. “Many offices around campus have had nothing but positive things to say about her as a person an employee and the quality of work she and her staff delivers to the University. I am proud to have her as a colleague and I only see wonderful things for her at the University and in her future.”

One of the aspects that has made Hoover’s transition to Towson easier is the familiarity she feels from when she was a student years ago.

“This was the place where I understood what it meant to be part of a community and the ways in which an individual can impact a community, and that’s still true,” Hoover said. “That’s been nice that that core value has remained and is something that’s important to me.”

On move-in day this fall, Hoover met many students and even got to look into her old living space.

“Over move-in weekend, it was fun to go around the halls because I lived in Prettyman and Tower C and then Newell,” she said. “So, it was fun on move-in day to peek into Prettyman and see the students moving into my old room.” 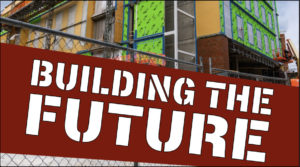